The move came after four of its top streamers decided to leave AfreecaTV in favor of YouTube over profit-sharing issues.

Investors took the departure of heavyweights as a bad sign. Shares of AfreecaTV went down by as much as 14 percent over the past two weeks to trade at 25,150 won in early Friday trading on the KOSDAQ. AfreecaTV lost about 44 billion won of its market capital since the outflow of the big-time streamers. 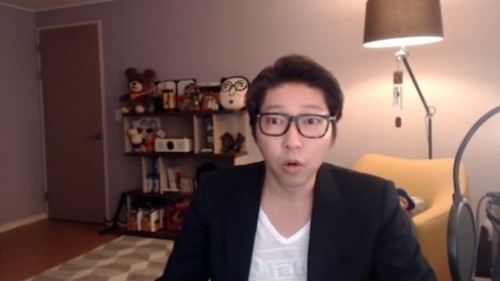 A screenshot of Na on his YouTube channel on Oct. 14
Particularly painful for AfreecaTV was Na Dong-hyun’s, known as “Daedoseogwan (Great Library), decision to ditch the Korean streaming pioneer.

The conflict started on Oct. 14 when AfreecaTV suspended Na’s broadcast channel for seven days in a bid to punish his for-profit activity with a corporate advertiser a week earlier. Na did not get permission from AfreecaTV to do the promotional broadcast.

AfreecaTV charges partner streamers up to 10 million won ($9,000) per sponsored broadcast, according to Na.

Na and his wife Lee Umi, another well-known streamer also known as Yum-Dang, co-hosted the commercial broadcast. The couple reacted furiously to AfreecaTV’s decision and called it “illogical and unfair.” The couple announced that they would only work with YouTube. 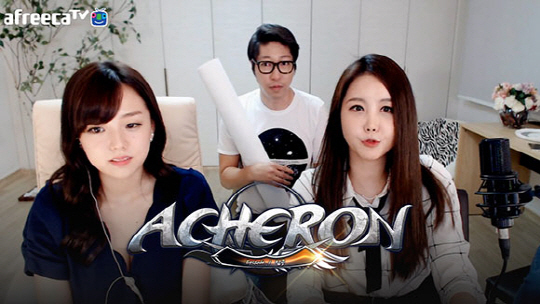 Na Dong-hyun (center), Yum-Dang (right) and Japanese gravure idol Ai Shinozaki on AfreecaTV
Fans were upset because the couple are among those who helped AfreecaTV boost its traffic and expand its fan base. Other top-rated streamers Banzz and Yang Dding followed suit.

On AfreecaTV, streamers rely heavily on a “star balloon,” a digital coin that viewers buy from the firm and give to their favorite streamers as a gift. In return for using the platform, streamers are required to offer a certain ratio of profits coming from star balloons as a commission.

For a commercial broadcast sponsored by third-party advertisers or corporate sponsors, streamers were required to offer a cut of profits. It was this particular profit-sharing scheme that prompted Na and other streamers to leave.

In contrast, YouTube allow streamers to air as many commercial broadcasts as they can without charging any commission.

To address the issue, AfreecaTV scrapped its longstanding commission for sponsored broadcasts and promised to “seek to better communicate with users and provide services that serve them better.”

AfreecaTV also announced a fresh injection of 500 million won aimed at helping streamers produce high-quality content and establish open studios where they can air their shows.