One of the first brands kicking off this season’s Seoul Fashion Week was Beyond Closet by 35-year-old Ko Tae-yong. 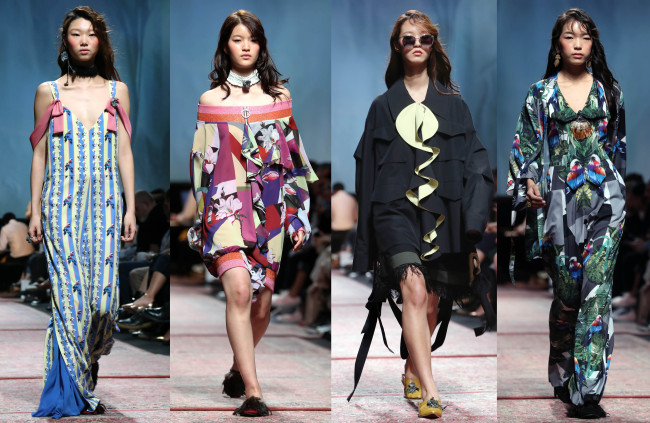 A view of the “Big Park” fashion collection that was shown on Oct. 18 during 2017 S/S HERA Seoul Fashion Week held at Dongdaemun Design Plaza in Seoul (Yonhap)
Through seemingly paradoxical pairings, such as distressed jeans accompanied by a sport coat, the line aimed to create a space for dialogue around some of the most important issues, including politics, gender and socioeconomic status, facing the young generation today.

“(Compared to other fashion weeks) I like Seoul because of the mix and match of high fashion and vintage designs,” said Michaela Duff, a 21-year-old aspiring designer from Canada. “I am especially interested in street fashion.”

“It seems like there are more people attending than before,” said Choi Heung-bin, a 19-year-old college student. “I would like to see Korean designers continuing to grow into their own style and color.” 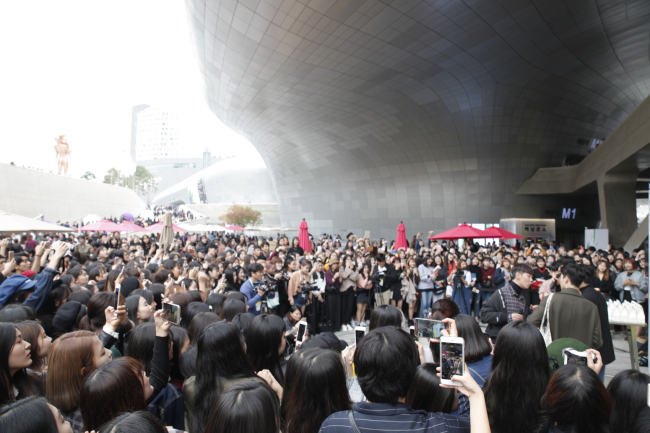 A view of the crowd at 2017 S/S HERA Seoul Fashion Week, which was held at Dongdaemun Design Plaza in Seoul from Oct. 17 to 22 (Seoul Fashion week)
The show celebrated the talents of three up-and-coming designers. Designer Park Eun-bit kicked off the show with a special performance by the Universal Ballet, in a collection that was inspired by Giselle, emphasizing innocence, yet a sensual feminine look.

Designer Vicky Pyo, who has amassed a following of local girl group performers with her young, unique designs that pay homage to the 1980s, followed with her VVV collection.

The Naver Design Window show concluded with Jeon Sai-mi of SAIMI JEON and her “Playboy in the ’70s,” featuring a wide variety of shirt dresses and posh linen summer robes. 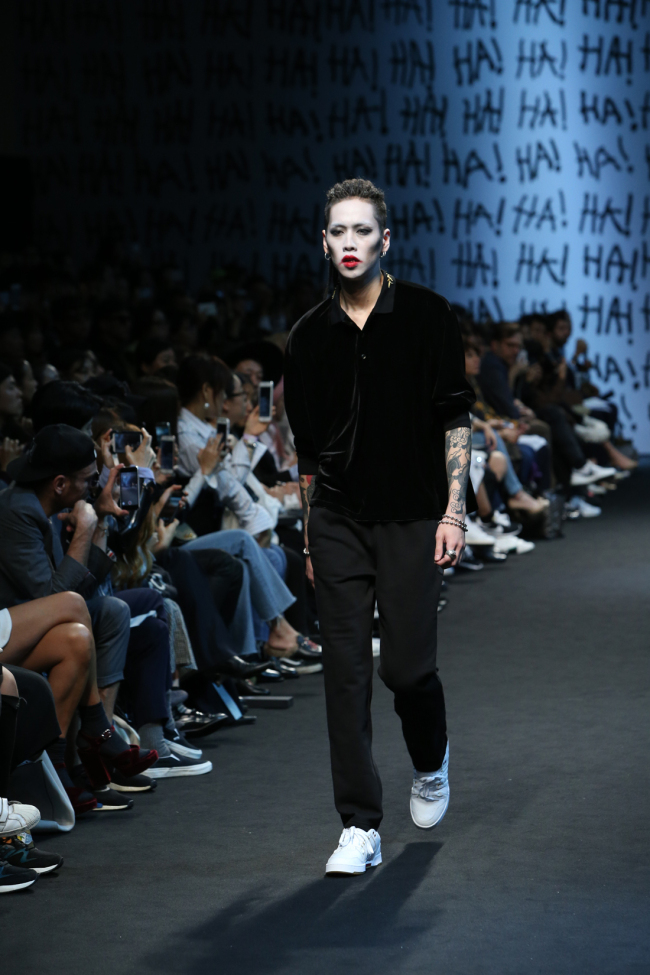 A scene from the “Yohanix” collection at the 2017 S/S HERA Seoul Fashion Week (Yonhap)
Another designer that turned heads last week with his gothic vision was Kim Tae-geun of Yohanix. Inspired by the “dark side” of fashion, Kim unveiled his edgy and youthful “Suicide Squad” inspired collection. Featuring pale, white-face-painted jokers and baseball bat-swinging Harley Quinn models, Kim’s dramatic tribute showcased an array of black denim and leather items as well as printed tees, metals and studs as far as the eye could see.

The Miss Gee Collection by veteran designer Gee Chun-hee closed out last week’s fashion festivities, showing off her signature pantsuit series and cat-eye sunglasses, bringing back some nostalgia-drawing influences of high-fashion trends from the ‘50s to ‘70s and further elevating her reputation as the “Queen of Elegance.” 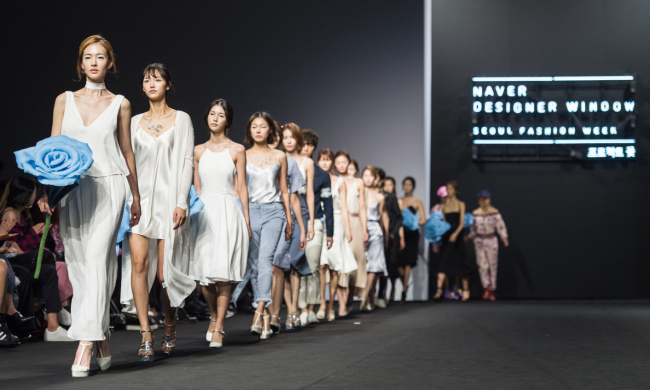