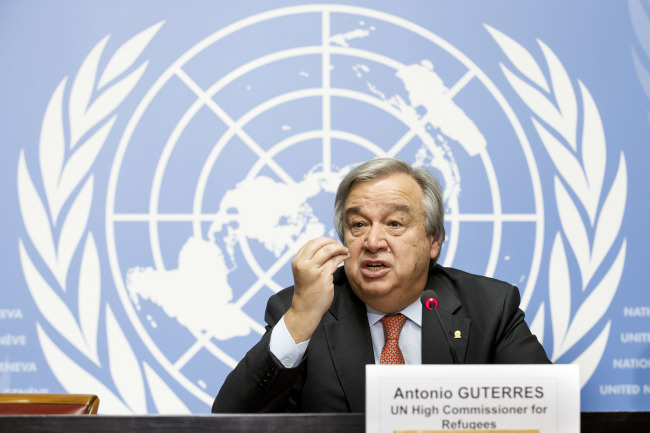 (AP-Yonhap)
The council plans to adopt a formal resolution on the decision Thursday. The decision should then be endorsed by the 193-member General Assembly, but the process is considered a formality.

Guterres, 67, who served as UN high commissioner for refugees for 10 years until last year, will take office in January for a five-year term. (Yonhap)