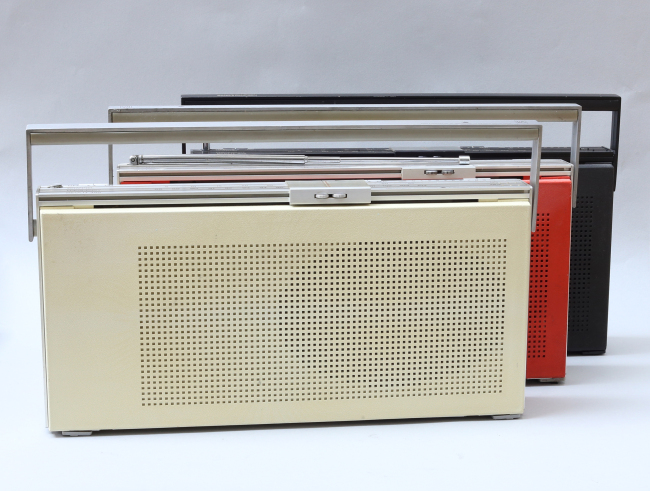 Beolit 600 portable radio designed by Jacob Jensen (Bang & Olufsen)
“Gathering Clouds”: Kukje Gallery is holding a solo exhibition of renowned artist Anish Kapoor until Oct. 30. The exhibition presents sculptures that are results of his exploration of materials and abstraction. On display are twisted rectangle stainless steel blocks with polished surfaces, and sculptural voids in fiberglass and steel at the K1 and K3 exhibition spaces. For more information, visit www.kukjegallery.com.

“Traces of Life and Death”: Arario Gallery is holding a solo exhibition of Korea’s first-generation avant-garde artist Kim Ku-lim until Oct. 16. The 80-year-old artist is presenting seven new sculptures, installations and a video that symbolize the tragedies of contemporary society, such as the Syrian migrant crisis and the recent tragic murders involving young children in Korea. For more information, visit www.arariogallery.com.

“The Unfamiliar Walk”: Artist Lee Young-baek, who is known for his sold-out 2011 exhibition at the Korean pavilion of the 54th Venice Biennale, is holding a solo exhibition with new works at Hakgojae Gallery. The show features mirror installations and video works that reflect the dualities of Korean society and the world as seen through social media. This show traverses different genres in art ranging from sculpture and painting to media art, using materials such as mirrors, aluminum sheets, motors and absorbents. The exhibition runs until Sept. 25. For more information, call (02) 720-1524.

“Unforseen”: Art and modern dance meet in a joint experimental performance project between the National Museum of Modern and Contemporary Art, Korea and the National Dance Company of Korea. The performances presented by 13 artists and teams are staged spontaneously at various spots of the museum, or presented in an exhibition format at the museum. The performances will combine unique features of contemporary art and dance, encompassing diverse fields from visual art, film, poetry and dance media to sound. The performances run until Oct. 23 at the MMCA’s Seoul museum at 30 Samcheong-ro, Jongno-gu, Seoul. For more information, visit www.mmca.go.kr.

“Archive of Mind”: The National Museum of Modern and Contemporary Art, Korea is hosting artist Kim Soo-ja’s solo show as part of its annual exhibition program sponsored by Hyundai Motor Company. The exhibition showcases the latest works by Kim, including site-specific installations, videos, sculptures and photos that explore the body and the mind. The exhibition runs until Feb. 5 at Gallery 5 and the museum’s courtyard. For more information, visit www.mmca.go.kr.

“Body Flower”: Australian artist Emma Hack, known for body-painted illusionary artwork, is holding a solo exhibition at the Savina Museum of Contemporary Art through Oct. 30. The museum is showcasing 49 photographs the artist created since 2005. The nine different series of photographs are themed with natural elements and reveal painted bodies camouflaged against background images. For more information, visit www.savinamuseum.com.

“Nam June Paik Show”: Large-scale installations by Nam June Paik, including a few rarely seen in previous exhibitions of Paik’s works, are on display at the commemorative exhibition that celebrates the late artist’s 84th birthday. Highlight pieces of the exhibition, which opened on July 20 at Dongdaemun Design Plaza, include the large video art installations “Turtle” and “M200,” which consist of many television monitors that each show imposing images created and edited by Paik. The exhibition runs until Oct. 30 at DDP. Tickets range from 5,000 won for children to 15,000 won for adults. For more information, visit www.ddp.or.kr.

“Lee Jung-seob”: The National Museum of Modern and Contemporary Art, Korea is presenting a solo exhibition of Korean art master Lee Jung-seob to mark the 100th anniversary of his birth. The exhibition showcases some 200 paintings and 100 pieces of related documents on loan from some 60 museums and collectors, including the Museum of Modern Art in New York. Divided into major periods of his artistic career from the 1930s to 1940s, the exhibition guides viewers through Lee’s tumultuous personal life and the early modern history of Korea. The Lee Jung-seob exhibition runs until Oct. 3 at the MMCA’s Deoksugung Palace museum. For more information, visit www.mmca.go.kr.

“Denmark:Design”: In collaboration with Design Museum Denmark, the Seoul Arts Center is showcasing some of the most understated, yet eye-catching works of everyday household items from leading Danish designers and brands, including Hans. Wegner, Vitra, Bang & Olufsen, Finn Juhl, and more. The exhibition runs from now until Nov. 20. Tickets are 10,000 won for adults, and range from 5,000 won to 8,000 won for children. For more information, visit www.sac.or.kr. 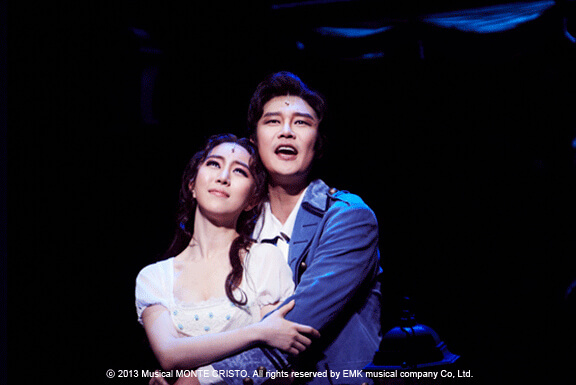 Scene from the musical “Monte Cristo” (EMK Musical Company)
“Monte Cristo”: A promising young sailor Edmund Dantes is awaiting his wedding with the beautiful Mercedes until he is suddenly falsely accused and arrested for conspiracy by the dastardly Mondeo, who is secretly in love with the fair Mercedes. The musical rendition of the famed literary tale of “Monte Cristo” will be held at the Chungmu Art Hall’s Grand Theater in Seoul from Nov. 19 to Feb. 12 and will star Ryu Jeong-han, Um Ki-jun, Kai, Shin Sung-rok. Ticket prices range from 50,000 won to 140,000 won. For more information, call 1577-6478.

“Mr. Show”: By renowned musical director Kolleen Park, the naughty male striptease show “Mr. Show” is returning to the stage this year. The women-only variety show features strapping young men who dance and perform various themed acts that are geared toward tantalizing females. The live show – only for those 19 and above -- will be staged until Dec. 4 at the Shinhan Card Fan Square’s Live Hall in Seoul. Tickets are 52,000 won and 80,000 won. For more details, call (02) 547-5694.

“Kinky Boots”: The hit Broadway musical “Kinky Boots” is making its way back to Seoul once again. Based on the book by Tony-winner Harvey Fierstein and with music and lyrics by Tony, Emmy and Grammy-winner Cyndi Lauper, the musical tells the true story of Charlie Price who goes to oddly extreme lengths to save his father’s shoe factory. The local production will star Lee Ji-hoon, Kim Ho-young, Jung Seong-hwa and Kang Jong-seok. “Kinky Boots” will be staged from Sept. 02 to Nov. 13 at the Blue Square in Hannam-dong, Seoul. Tickets range from 60,000 won to 140,000 won. For more information, call 1544-1555.

“Sweeney Todd, The Musical”: The gruesome tale of a man filled with vengeance, the musical tale of the demon barber of Fleet Street is hitting the Seoul stage. Sweeney Todd follows the life of Benjamin Barker, who, after being wrongfully accused of a crime, takes his vengeance on the people of London by murdering the patrons of his barbershop. Starring Ock Joo-hyun, Cho Seung-woo, Yang Jun-mo and Jeon Mi-do, the musical will be staged at the Charlotte Theater in Songpa-gu until Oct. 3. Tickets range from 60,000 won to 140,000 won. For more information, call 1588-5212. 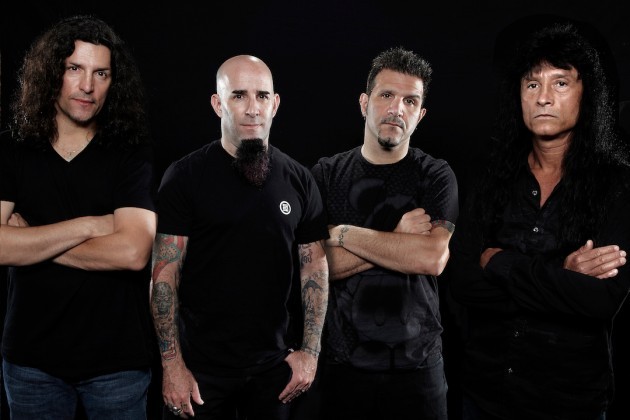 Rock band Anthrax (Livewire)
“Anthrax”: Thrash metal band Anthrax will be holding a concert at the Hyundai Card Understage in Seoul on Nov. 8. The five-member band formed in 1981 is largely attributed with the emergence of speed and thrash metal, and considered one of the “Big Four” metal bands of the 1980s. Anthrax has released 11 studio albums so far; hit songs include “Bring the Noise,” “Madhouse,” “I Am the Law” and “Caught in a Mosh.” Tickets can be purchased on ticket.interpark.com for 110,000 won.

“Lee Juck”: Rocker-balladeer Lee Juck is holding a concert at the Jamsil Indoor Stadium on Nov. 26-27. The singer-songwriter and producer is known for his booming vocals and hits such as “I’m So Fortunate,” “Run Across the Sky” and “Lie Lie Lie.” He has worked with a number of Korean artists, as part of a project group with balladeer Kim Dong-ryool in the late 1990s and, more recently, in duets with songstresses such as Jung In. Lee’s new song will be featured in the popular TV series “Love in the Moonlight” currently airing on KBS. Tickets are available at ticket.interpark.com and range in price from 66,000 won to 132,000 won.

“Gallant”: American rhythm and blues artist Gallant is coming to Korea to give his first solo concert here at 7 p.m. on Nov. 6 at the Yes 24 Live Hall in Gwangjin-gu, southeastern Seoul. The 24-year-old singer-songwriter debuted this year with the studio album “Ology,” which was released worldwide to critical acclaim. In May, Gallant performed his single “Weight In Gold” on the US television program “The Tonight Show Starring Jimmy Fallon.” The singer is known for his versatile use of falsetto and soul-searching lyrics. Tickets are 88,000 won and can be reserved at ticket.interpark.com. 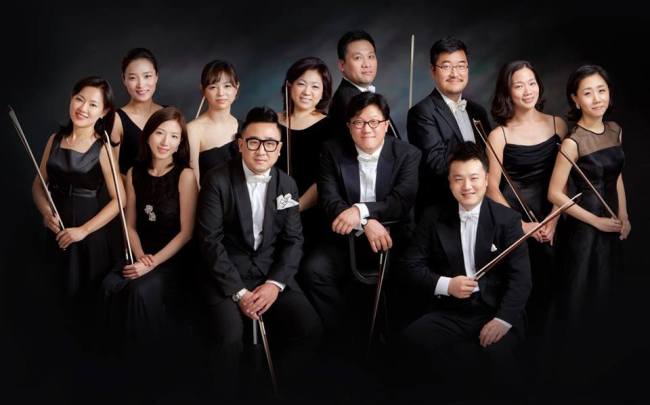 “Ivan Fischer & Budapest Festival Orchestra”: Budapest Festival Orchestra is returning to Korea for the fourth time in six years. Conducted by Hungarian conductor and composer Ivan Fischer, the ensemble will perform at the Seoul Arts Center on Oct. 10 at 8 p.m. Accompanied by Portuguese pianist Maria Joao Pires, the 33-year-old orchestra will present three pieces by Mozart, Chopin and Dvorak. Tickets range from 50,000 won to 250,000 won and can be reserved at ticket.interpark.com. For inquiries, call (02) 599-5743.

“Julia Fischer Violin Recital”: Critically acclaimed German violinist Julia Fischer will be holding a violin recital at the Seoul Arts Center on Oct. 21 at 8 p.m. Accompanied by German pianist Martin Helmchen, the program will consist of pieces by Brahms, Schubert and Dvorak. Tickets range from 50,000 won to 130,000 won and can be reserved at ticket.interpark.com. For inquiries, call (02) 599-5743.

“San Francisco Symphony”: The world-renowned San Francisco Symphony will perform at the Seoul Arts Center Concert Hall on Nov. 10 at 8 p.m. The concert will be conducted by the symphony’s music director Michael Tilson Thomas, who has been lauded by the San Francisco Examiner as “an enthusiastic ambassador for classical music.” The performance will be accompanied by award-winning classical pianist Lim Dong-hyek. Tickets range from 60,000 won to 280,000 won and can be reserved at ticket.interpark.com. For inquiries, call 1577-5266.

“Clara-Jumi Kang & Son Yeol-eum”: Critically acclaimed Korean violinist Clara-Jumi Kang and pianist Son Yeol-eum will hold a duo concert presenting Brahms and Schumann pieces at the Seoul Arts Center on Nov. 17 at 8 p.m. Born in Germany, Kang is an award-winning violinist who has performed with world-class composers and chamber musicians, including Chung Myung-whun, Gidon Kremer and Jian Wang. Born and raised in Korea, Son first gained international recognition when she was chosen as the soloist for New York Philharmonic’s Asia tour in 2004. Tickets range from 30,000 won to 100,000 won and can be reserved at ticket.interpark.com. For inquiries, call (070) 8879-8485. 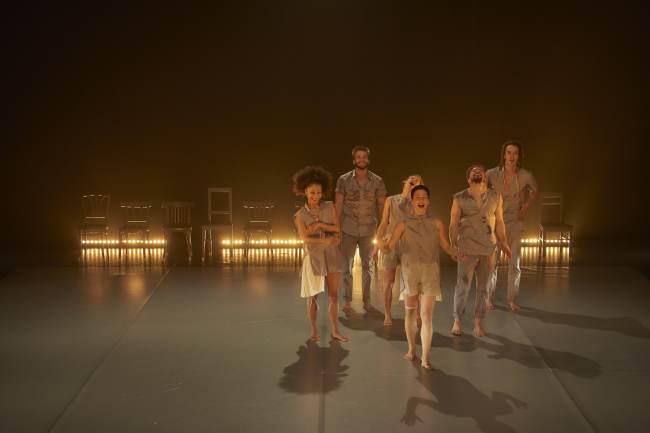 “Busan International Dance Market”: The annual Busan International Dance Market will take place at the Busan Dance Theater SHIN and Busan Citizen’s Hall from Oct. 9-13. Bringing together global dance groups from China, Hong Kong, Taiwan, the Netherlands, Spain and other countries, the event hopes to create a space where both Western and Eastern performances can collaborate. The five-day festival will highlight acts from Korean group EGERO, Wong Pik Kei from Hong Kong, Baal Dansa from Spain, among others. Tickets are 20,000 won and can be reserved at ticket.interpark.com. For inquiries, call 018 681-3627.

“Romeo and Juliet”: Universal Ballet will be presenting Kenneth MacMillan’s “Romeo and Juliet” from Oct. 22-29 at the Seoul Arts Center’s Opera Theater. This is the first time in four years that the group is performing the iconic Shakespeare piece about the tragedy that unfolds between two star-crossed lovers. The performance will begin at 8 p.m. from Tuesday to Friday, at 7 p.m. on Saturday, and at 3 p.m. and 7 p.m. on Sunday. Tickets range from 10,000 won to 120,000 won and are available at sacticket.co.kr or ticket.interpark.com. For inquiries, call 070-7124-1737.

“The Little Prince”: Now celebrating its fifth year, the Korea National Contemporary Dance Company will be performing the French classic “The Little Prince” at the Gimhae Arts and Sports Center in Gimhae on Dec. 3 at 5 p.m. An adaptation of Antoine de Saint-Exupery’s novella, the performance will showcase the group’s unique take on the widely-known story about the world seen through the eyes of a boy from a faraway star. Tickets range from 20,000 won to 30,000 won and are available at ticket.interpark.com. For inquiries, call (055) 320-1234.