US President Barack Obama is unlikely to forswear first use of nuclear weapons, the New York Times reported Tuesday, as the so-called nuclear "no first use" proposal sparked concerns among allies and senior officials alike.

Obama has considered adopting the new nuclear doctrine in his final months in office in an effort to bolster his legacy as champion of a world without nuclear weapons. The proposal has, however, unnerved allies relying on US nuclear weapons for their security. 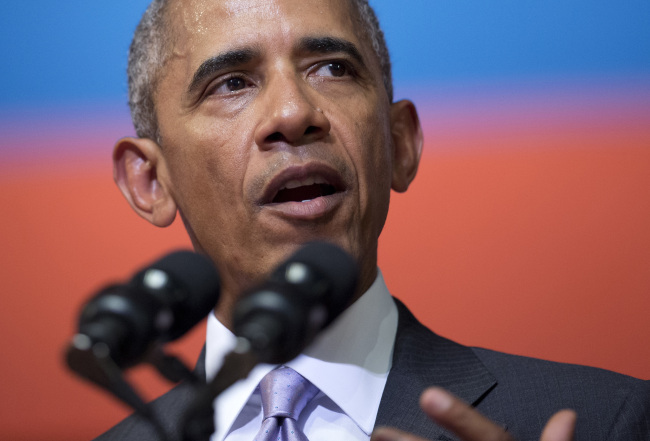 In particular, Carter argued that Russian President Vladimir Putin and North Korean leader Kim Jong-un could interpret a promise of no first use as a sign of American weakness, even though that was not the intent, the report said.

In addition, advisers also warned that a no-first-use declaration would rattle allies like Japan and South Korea.

Obama has sought to make the initiative for building a nuclear-free world a key legacy of his presidency, launching the Nuclear Security Summit of world leaders aimed at reducing the stockpile of fissile material and keeping it out of the hands of terrorists.

The fourth and last Nuclear Security Summit was held in Washington earlier this year. (Yonhap)