[ The Korea Herald – Send E-mail ]
[Herald Interview] Puer Kim, the eccentric model student
Berklee graduate singer-songwriter hopes to break out of her shell, tell rare stories in new English album ‘Gem’
By Rumy Doo
Published : Sep 5, 2016 - 16:57
Updated : Sep 6, 2016 - 12:17
Singer-songwriter Puer Kim’s moody crooning has often been described as seductive, enchanting. She previously grabbed attention with her gothic getup in the 2014 release “Manyo Maash”; her provocative 2012 album “Mom & Sex” includes songs with such titles as “It’s Hard to be a Daughter of a Woman Loved by God.”

Despite her eccentric musical persona, however, the 30-year-old Berklee College of Music graduate says she has always been a well-behaved “model student” adored by teachers. Even now, she is a “homebody” who rarely parties and leads a routine life.

“I was originally focused on studying,” Kim said of her schoolyears during an interview with The Korea Herald. When Kim went to study in the US as a high school student, her parents had hoped she would work in law or media, areas where her excellent speech skills -- “I’m very persuasive” -- would be put to good use. 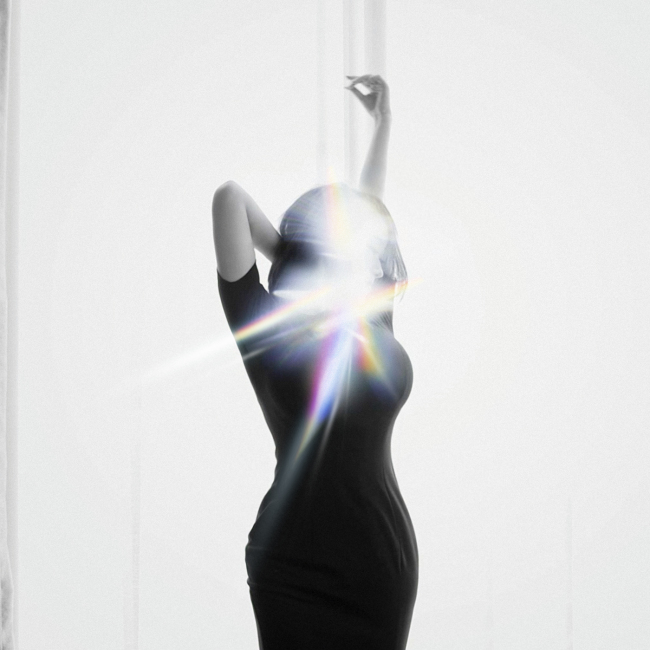 The cover of Puer Kim’s EP “Gem” released Aug. 23 (Mystic Entertainment)
Being an introvert -- though not necessarily shy, as was evident during the animated interview -- in a small Oklahoma town, Kim turned to music in her spare time, taking lessons from neighborhood musicians.

“Writing songs and playing instruments had always come naturally to me,” said Kim. She eventually chose to matriculate into the prestigious musical institution and started exploring her own eclectic songwriting style -- which, based on folk, incorporated elements of funk, electronic and ballad.

On Aug. 23, Kim released her new EP “Gem,” comprising three songs - “Pearl,” “Diamonds” and “Emeralds” -- with self-written English lyrics. She will be revealing another album within the year.

“I become more free when I speak in English,” Kim said. She had wanted to capture “the current age” in her album -- an age where people express themselves through social media.

“I’m on Instagram,” she said. “But I don’t think anyone knows. I always post things, then quietly erase them. I’m a private person. I like seeing what other people do.” 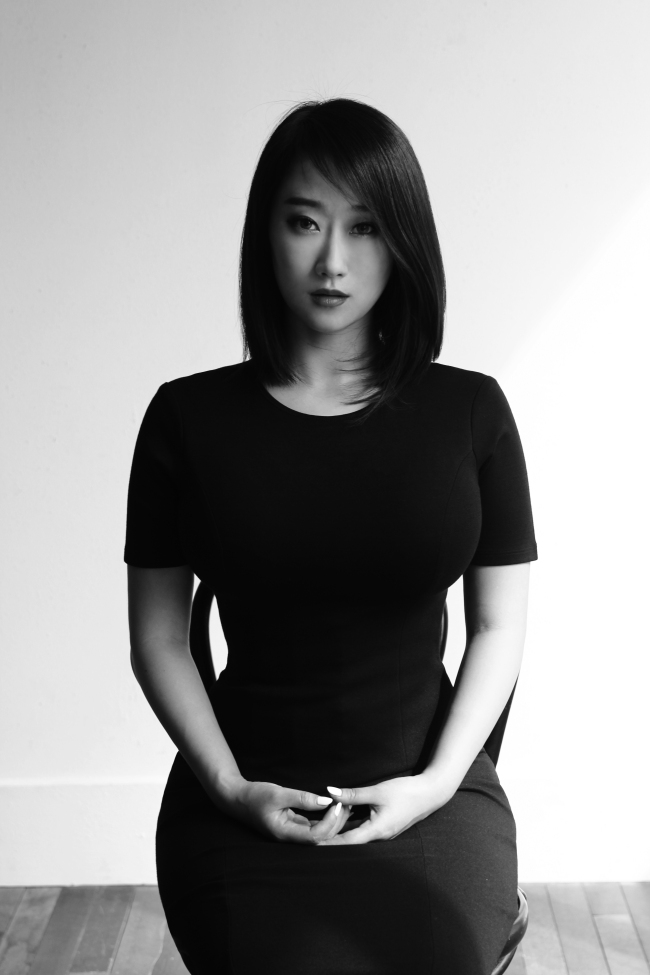 Singer Puer Kim poses for a promotional photo of her new album “Gem” released Aug. 23. (Mystic Entertainment)
The songs are also about “breaking from one’s shell,” Kim explained. The music video for “Pearls” shows the singer, clad in black, tracing white chalk on a blackboard, shrouded in a black lace veil, and waking up in a bed. Postino, an electronic and synth-pop musician based in London whose real name is Lee Jun-ho, produced the songs.

Kim hopes to remain largely under the radar.

“I’ll be performing and appearing on TV every now and then, but I plan to do it quietly,” said the singer, who cited staying at home reading, cooking and taking long baths as her hobbies. “Bathing is a serious ritual for me,” she said.

Lately, Kim has been listening to Gwen Stefani’s new album “This is What the Truth Feels Like” and Duke Ellington’s “Piano Reflections” and reading novelist Han Kang’s books. Her album was inspired by “Frederick,” a children’s book by Leo Lion.

“It’s about a mouse who seems lazy. But when his fellow mice are overworked and tired, Frederick starts telling beautifully colored stories,” said Kim. “I thought, that’s what an artist is. Like beautiful lights. I wanted to talk about those gem-like stories.”