South Korea's industrial output advanced for the third month in a row in July on a rise in chips and chemical production, a government report showed Wednesday.

Production in the mining, manufacturing, gas and electricity industries rose 1.6 percent last month from a year ago, according to the report by Statistics Korea. 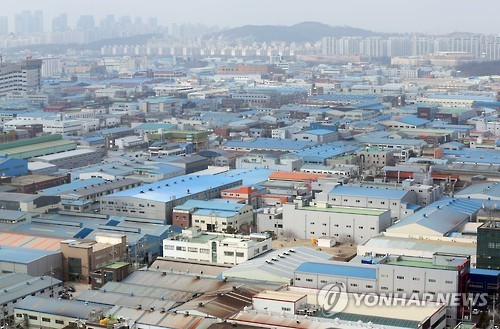 The July figure marks the third straight month of advance, following a 4.7 percent jump in May and a 0.8 percent gain in June.

From a month earlier, industrial output also climbed 1.4 percent Production in the service sector added 2.7 percent from a year earlier.

For all industries, output moved up 3.2 percent on-year in July but retreated 0.1 percent from a month earlier, the report said.

Retail sales rose 2.6 percent from a year earlier last month but slumped 4.3 percent from the previous month due mainly to the government-led excise tax cut program that ended on June 30.

"A sharp drop in car sales weighed heavily on data on retail sales and output of wholesale and retail businesses," said Eo Woon-sun, director of the short-term industrial statistics division at Statistics Korea.

"But on an on-year basis, the uptick trend continued last month, recovering from negative effects from the Middle East Respiratory Syndrome."

For the production side, on the other hand, the statistics agency said brisk production of semiconductors led the increase in industrial output last month, along with a rise in output of chemicals and electronic parts.

On rising demand for new mobile phones, production of chips soared 46.7 percent from a year earlier, followed by a 2.8 percent gain in chemicals and a 3.6 percent rise in electronic parts.

However, car production retreated 6 percent on-year. "The production part highly depends on exports, which have been on a protracted decline for nearly two years," the official said.