The new Carens, better known as Ronda in overseas markets, shares the same external dimension with the older model launched in June 2015.

“We improved the design of the radiator grille, head lamps, rear lights and wheels to emphasize strong appearance and voluminous body,” a company official said. 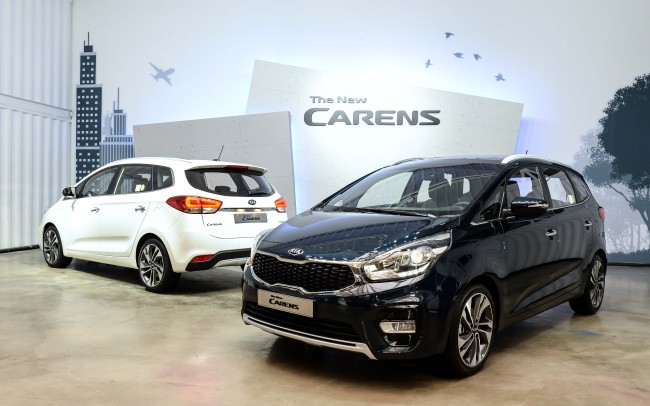 “The new Carens is a perfect family minivan with a maximum space efficiency and affordable price in comparison to its competitors.”

The 1.7 diesel model has a maximum 141 horsepower with 34.7 kilogram-meters of torque. The car is equipped with a seven-speed dual clutch transmission that fortifies higher fuel efficiency of 14.9 kilometer per liter. The automaker now only offers one trim level, Prestige, while cutting price by 260,000 won (US$ 228) from the predecessor.

The 2.0 LPi engine type boasts maximum 154 horsepower in performance with 19.8 kilogram-meters of torque and the fuel mileage of 8.4 kilometers per liter.

The car is also available as a five- or seven-seater. The five-seater has two seats in the front row and three in the second row, offering a hefty trunk space of 495 liters. The seven-seater has three rows of seats. The second and the third row can be folded down to leave a fully flat load floor.