[ The Korea Herald – Send E-mail ]
K-beauty attracts investment from international big shots
By Korea Herald
Published : Jul 22, 2016 - 15:57
Updated : Jul 22, 2016 - 17:16
[THE INVESTOR] The Korean cosmetics industry is garnering attention from global investment banks and luxury conglomerates, thanks to the growing popularity of K-beauty products riding on the Korean Wave in China.

Investment heavyweight Goldman Sachs teamed up with Bain Capital’s private equity fund to take over controlling stake of Carver Korea last month and will increase their stake pouring as much as US$675 million. 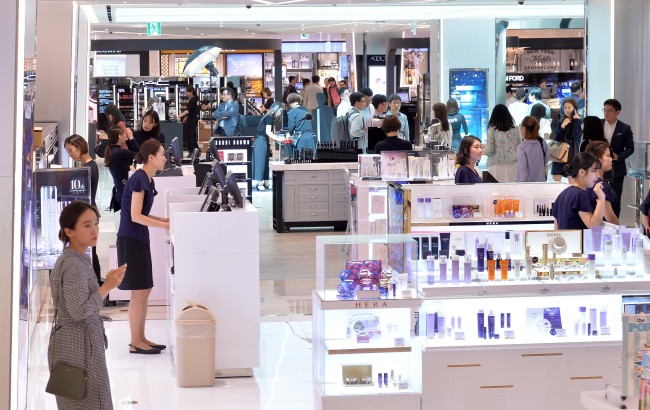 Boosted by the alliance that grants access to information and network of the second largest beauty empire in the world, Lee Jin-wook, Have & Be’s CEO and the largest shareholder, is actively seeking opportunities to expand overseas.

Owning two-thirds of the private company’s shares -- the rest belongs to Estee Lauder -- the estimated worth of Lee’s stake is 17.8 billion won (US$15.69 million).

Lee was working at an architecture firm after graduating from Wonkwang University, when he decided to realize his dream of starting an international business. With 50 million won he had put aside over three years, Lee set up the cosmetics company in 2004.

Based on the research of 21 dermatologists, Lee launched cosmeceutical brand Dr. Jart in 2005. (Although authorities such as USFDA do not recognize the term cosmeceutical, the cosmetic industry uses this word for cosmetic products that have medicinal or drug-like benefits.)

Dr. Jart is selling in 17 countries including the US, Japan, and China, and its flagship product is BB cream, which has made name for the brand in the US market. In 2012, it introduced Ceramidin Cream in a casing similar to that of an ointment, and sold more than 1 million units in three years. Based on these hit items, Have & Be’s annual sales soared to 86.3 billion won in 2015, more than doubling from 2014’s 33.5 billion won.

CLIO Professional, the first Korean cosmetics company to attract capital from LVMH Group, is a makeup specialist established in 1997. The private company’s largest shareholder is its CEO Han Hyeon-ok whose owns as much as 90 percent stake, estimated to be worth 23.8 billion won.

After graduating from Yonsei University majoring in sociology, she worked as a researcher at Korea Institute of Science and Technology and a manager at a small electronics company before establishing the cosmetics company in 1997.

At first CLIO makeup was made by a European partner aiming for the high-end market, but now most of its products are made by Korean original development manufacturers such as Cosmax.

Through aggressive marketing featuring celebrities such as Lee Hyo-ri, Kim Ha-neul and Gong Hyo-jin, the makeup brand continued to grow but it was last year that CLIO’s sales soared over 100 billion won, more than doubling from the previous year, thanks to a product placement in TV drama “Producers.” Products featured by actress Gong in the hit drama including Tinted Tattoo Kill Brow gained much attention especially in China.

Scheduled to go public within this year, its total market value after IPO is expected to be more than 1 trillion won. And L capital is said to own about 10 percent stake in the company.

Goldman Sachs chose Carver Korea whose CEO Lee Sang-rok owned 60.17 percent stake before its consortium took over 40 percent stake from him. He is said to now own the remaining 20.17 percent, estimated to be worth 10 billion won.

Lee established the cosmetics company in 1999 and jointly managed it with his elder brother Kyeong-rok, who has struck out on his own and now is the CEO of Ami Cosmetics.