The latest Zika patient was discovered nine days after the sixth case was confirmed here.

The 52-year-old man, whose identity has been withheld, tested positive for the mosquito-borne virus after returning home from the Central American country Wednesday, the Korea Centers for Disease Control and Prevention said.

The KCDC assured that the man shows no particular symptoms except minor rashes and has no mosquito bites since arriving in the country.

The man has lived in Guatemala since 2010 and temporarily visited South Korea, the authorities said, adding that he plans to return to Guatemala sometime before the end of this month. 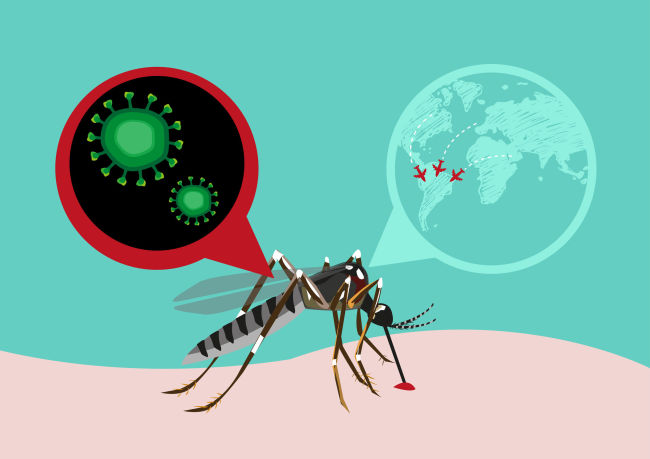 123rf.
The latest case raises the number of confirmed infections in South Korea to seven -- one from the Dominican Republic, one from Brazil, one from Vietnam, three from the Philippines and the latest one from Guatemala.

The virus, first discovered in Africa, has been linked to thousands of birth defects in newborn babies, including abnormally small heads and improperly developed brains.

Months ahead of the Brazil Summer Olympics, the World Health Organization declared the Zika virus outbreak a global emergency. (Yonhap)