[ The Korea Herald – Send E-mail ]
Samsung Electronics sells 26 million Galaxy S7 phones
By Korea Herald
Published : Jul 7, 2016 - 10:33
Updated : Jul 7, 2016 - 11:00
[THE INVESTOR] Samsung Electronics, which forecast its best quarterly profit in more than two years, is estimated to have sold about 26 million units of its flagship smartphone Galaxy S7 that was launched in March.

In its second-quarter earnings guidance announced on July 7, the Korean tech giant said it posted an operating profit of 8.1 trillion won (US$7 billion) while its sales would come in at 50 trillion won.

Even though the company didn’t break down earnings of individual business divisions, the mobile business division, which makes up more than half of its revenue, is expected to post a whopping 4 trillion won profit in the April-June period. 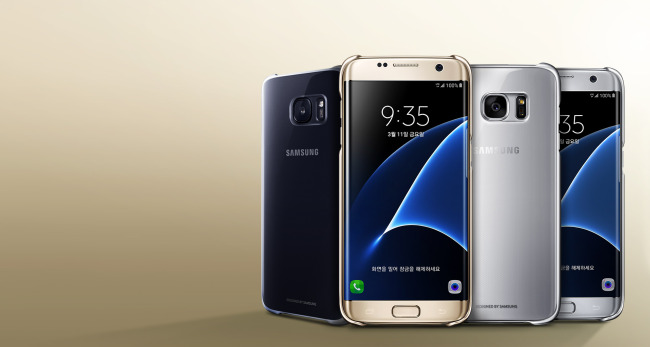 Samsung's flagship smartphone Galaxy S7
Undoubtedly, the Galaxy S7 phones are driving up the company’s robust sales in recent months. The sales figure may still fall behind that of the company’s best-selling S4 that sold more than 70 million units in the first year alone.

Industry watchers say, however, in a fast-saturated market Samsung has made efforts to improve profits, elevating sales portion of the more lucrative Edge model with a curved display screen.

In the meantime, the company has also diversified its budget phone lineup to increase phone sales overall.