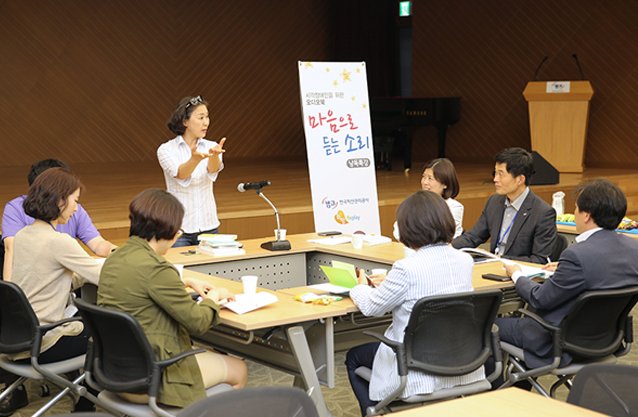 (KAMCO)
In the previous two years, KAMCO had called on its employees to volunteer for the audio book production, however, it decided to extend the opportunity to the public this year.

Those who apply should be above 16 and able to record at studios in Seoul or Busan.

Selected applicants will be individually notified by text message on June 22. They are required to attend a lecture on recitation either in Seoul and Busan.

The participants will then be grouped according to their tone of voice, age and gender to create harmony between the recordings. As a token of appreciation for volunteering, they will be given the book, a CD of the recorded audio book and a certificate acknowledging their contribution.

Studio recording times can be adjusted for each volunteer.