Republican presidential candidate Donald Trump said Wednesday that South Korea should pay for all costs related to U.S. troop presence in the country.

Trump made the remark in an interview with CNN, reiterating his long-running argument that the U.S. should be prepared to let allies defend themselves unless they pay more for American defense support. 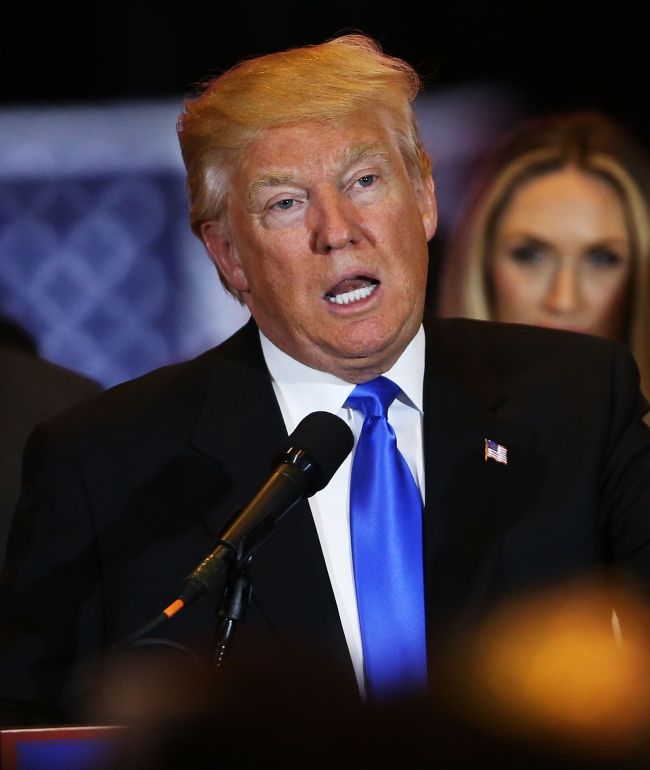 Donald Trump (AFP-Yonhap)
"Why not a 100 percent?" Trump said as the interviewer pointed out that Seoul already shoulders about 50 percent of the cost.

Trump also said the U.S. should be "prepared to walk" unless allies pay more, referring apparently to the potential troop withdrawal. In that case, the countries should defend themselves "against North Korea (where) we have a maniac."

Trump has long claimed that allies should pay more, but the latest remark is probably the first time he has demanded that allies bear all expenses. That is sure to add to concerns in South Korea and other allies about what effects a Trump presidency will have on the alliances.

About 28,500 American troops are stationed in South Korea to deter North Korean aggression, a legacy of the 1950-53 Korean War that ended in a truce, not a peace treaty, leaving the divided peninsula still technically at war.

Seoul has long shared the cost of stationing U.S. forces.

In 2014, the two countries renewed their cost-sharing agreement, known as the Special Measures Agreement, with Seoul agreeing to pay 920 billion won (US$886 million) for the upkeep of the U.S. troops in 2014, a 5.8 percent increase from a year earlier.

Moreover, the American military presence on the peninsula is seen as in line with U.S. national interests in a region marked by a rising China.

Last month, Gen. Vincent Brooks, new commander of U.S. Forces Korea, said that Seoul is shouldering a "significant load" of the cost and it would cost more to keep those troops stationed in the U.S. than it does in Korea.

On Wednesday, Trump's nomination as the Republican presidential candidate became even more certain as his last-remaining opponent, Ohio Governor John Kasich, pulled out of the race.

Kasich's withdrawal came less than a day after Texas Senator Ted Cruz quit the contest following a crushing defeat in the Indiana primary on Tuesday.

Even without the exit of Cruz and Kasich, Trump had been almost assured of the nomination, garnering 1,047 delegates so far, 85 percent of the magic number of 1,237 necessary to win the nomination, against Cruz's 565 and Kasich's 153.

In the November election, Trump is expected to be pitted against former Secretary of State Hillary Clinton who is aspiring to become the first female president of the U.S.

Despite her loss in Tuesday's primary, Clinton is widely expected to beat Vermont Senator Bernie Sanders and win the Democratic nomination. She has so far won 2,202 delegates, just short of the magic number of 2,383, against Sanders' 1,400. (Yonhap)