Hosted by Korea Advanced Institute of Science and Technology, the 2016 International Presidential Forum on Global Research Universities kicked off with about 120 presidents and vice presidents of 65 research universities from 36 countries, including three Korean colleges.

The global leaders of research universities take part in a special session on enhancing the entrepreneurship of the schools as part of the 2016 International Presidential Forum on Global Research Universities, at Grand Hyatt Seoul in central Seoul, Monday. (KAIST) 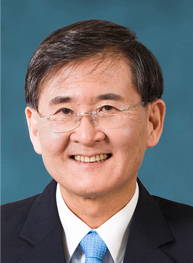 Kang Sung Mo, president of KAIST
The annual forum, established in 2008, aims at promoting excellence and innovation in higher education with presidents of leading research universities and key policymakers in the private and public sectors from around the world. The event has allowed participants to share their expertise, ideas and practices taking place in the academia, industry and government.

“This year’s forum will offer an opportunity to explore the future of research universities and to discuss the best ways to bring synergy with the government and the industry,” said KAIST President Kang Sung Mo.

Under the theme of “Social Responsibilities of Higher Education and Strategic Global Partnership,” the two-day forum consists of presentations and discussions in five sub-topics.

They include: “Seeking a new model of research universities in a new era”; “Shared challenges and responsibilities from a global perspective”; “Strategic global partnerships for sustainable development”; and “Insights into higher education: trends and development.”

The seventh forum has recorded the largest number of participants, including 28 European schools, 20 Asian institutions and eight schools from the Americas.

“I believe the number of participants reflects a sense of urgency that global universities share. One way or another, we must adapt to the rapidly transforming educational and research environment encompassing higher learning,” said Myaeng Sung-hyon, the associate vice president of the international office at KAIST and a cochair of the forum.

The forum kicked off with a special session over the importance and methods of collaboration between the industry and universities. The session was attended by several Korean industry officials, such as Lim Tae-won, the chief technology officer of Hyundai Motor Central Advanced Research and Engineering Institute, as well as school leaders. 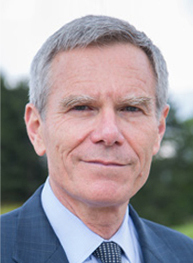 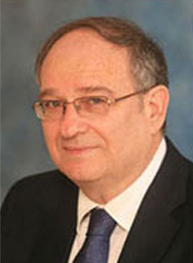 Kang will introduce KAIST’s educational philosophy and its latest endeavor to turn a university-led entrepreneurial activity into a stable business based on research outcomes and campus innovations.

KAIST, a public institute founded in 1971, was ranked No. 6 in the Times Higher Education ranking of the 150 world’s best young universities this year. This is the fifth annual ranking of universities under 50 years old. Kang was inaugurated as the 15th president of the school in 2013.

Biot will offer a glimpse of his insights into how the fourth industrial revolution will impact the future of global research universities and the importance of schools’ multidisciplinary approaches to tackle societal challenges.

Lavie will describe the strengths of the public and academic programs that have fostered an “innovation and entrepreneurship ecosystem” in Israel. He will explain how the school has become a key player in the growth of Israel’s industry, science and technology based on interaction between the government’s four specific support programs and the incubating system.

Since 1995, the school graduates have run more than 2,000 companies, adding some 100,000 jobs and $30 billion through mergers and acquisitions, the school officials said.