SMOE ordinance regulates classes for teenagers to be provided only between 5 a.m. and 10 p.m. 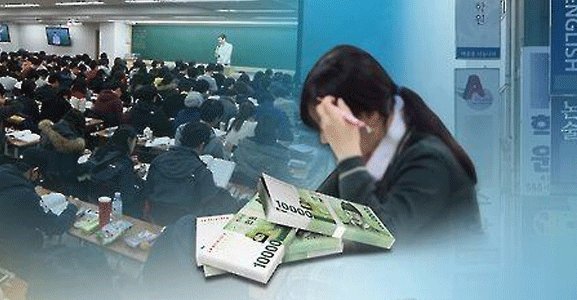 (Yonhap)
However, when the government body ran a check on 487 institutes in the Gangnam district on Thursday, 30 were found to be running classes outside of the designated hours.

The identified institutes will have demerits imposed on them and regularly checked on to prevent future violations of the regulation, according to SMOE.

Academies in excess of a certain figure of demerits accumulated in a two-year term can have their business certificates annulled.

In one of SMOE‘s other attempts to curb deepening public concern for youth education, the Seoul institutes will be obligated to specify their tuition fees on their outer walls starting from July. Officials hope the move will contain rising private tuition rates.