According to the airport, the 23,425-square-meter exclusive courier terminal will be built north of the airport and will be completed in 2019 with operations beginning in the second half of that year, the airport said. The terminal will be twice the size of cargo terminals currently being operated at Incheon Airport. 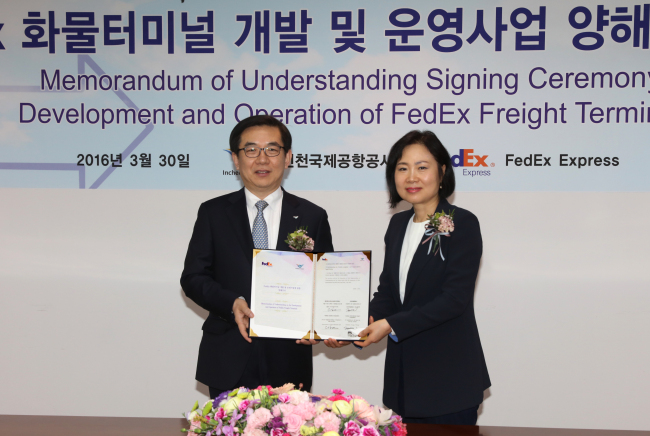 FedEx will outfit the terminal with state-of-the art sorting equipment capable of processing 9,000 packages per hour, raising the work efficiency by 1.6 times.

It will be the first terminal designed to fit FedEx’s needs, rather than just renting the terminal.

Other terminals have been built by the operating companies themselves, with the airport just providing the sites.

FedEx has been operating at Incheon Airport since 2001, carrying freight in and out of Korea as well as transshipment cargo between Asia and the Americas.