“The South Korean government did lodge a formal complaint and requested a meeting with the Japanese ambassador, but it seemed to be refraining itself for the sake of improving relations with Tokyo,” said Nippon News Network, a Japanese news network controlled by Yomiuri Shimbun. 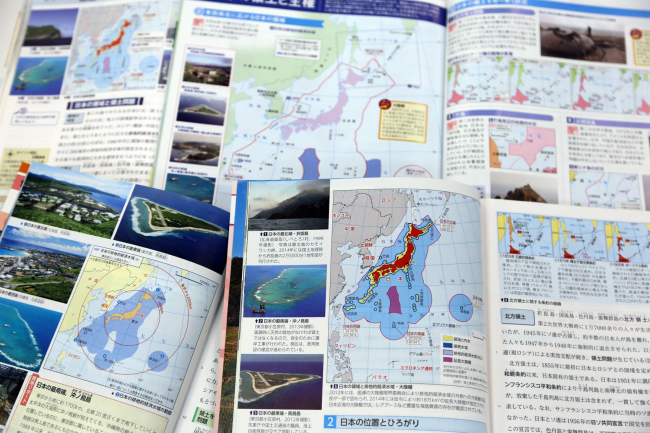 Other media outlets noted South Korea’s decision to promote its sovereignty over Dokdo by adding more languages to an official video educating the audience on the related territorial dispute.

On Friday, the Japanese Education Ministry approved of a set of textbooks that will be used at high school beginning April 2017.

About two-thirds contain statements claiming sovereignty over Dokdo, or accusing Seoul of illegally occupying the islets. Some of the textbooks also use terms like “recruited” when describing how Asian women were forced into sexual slavery by colonial Japan.

Relations between Seoul and Tokyo had appeared to be back on track after President Park Geun-hye met Japanese Prime Minister Shinzo Abe in a summit in November.

In December, the two sides struck an agreement on resolving the issue of compensation for South Korean sex slaves.