The world’s second largest economy, which also has the second biggest film market, has moved from being a promoter of local goods through product placements in American blockbusters to a key film investor.

Audiences can easily see the Chinese influence in recent movies such as “Kung Fu Panda 3,” “Mission: Impossible -- Rogue Nation,” “Transformers: Age of Extinction” and “Southpaw,” in which viewers can spot local corporate logos in the opening credits and sequences shot in Chinese locations.

According to Korea’s Small & Medium Business Administration, Chinese funds and corporations invested over 2.9 trillion won ($2.4 billion) in 32 listed and unlisted Korean companies as of the third quarter of last year.

Of these, 13 are in the entertainment, game and fashion sectors. Chinese companies acquired significant stakes in notable Korean production houses. 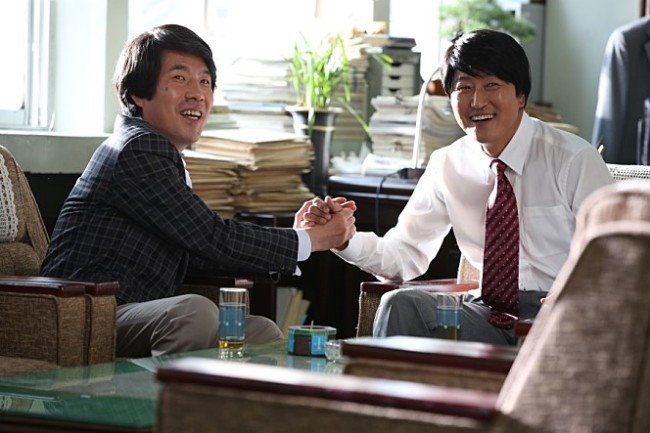 A scene from “The Attorney” produced by NEW, whose investors include Huace Media Investment. (NEW)
Chinese capital, or “red money,” in entertainment content, has been picked among this year’s key trends by the state-run Korea Creative Content Agency, along with the expansion of webtoons and virtual reality games.

“With its manufacturing and technology gaining global competitiveness, even now surpassing that of Korea, China needs good content to appeal to wider consumers,” said a KOCCA official.

“China’s Xiaomi, for instance, is not seen as a tech company that makes smartphones as we know it, but an ‘ICT’ company in which ‘C’ stands for content, not communications, like Apple.”

As China is set to further relax its movie import quota system in accordance with the World Trade Organization standards, the country is pushing its film and TV industries to acquire advanced production, distribution and technology know-how from abroad, such as Hollywood, to stay competitive.

China currently allows up to 34 foreign films to be shown in the country a year, and is looking to allow about 10 more movies starting next year.

To brace for tougher competition especially from Hollywood films, China has adopted the strategy of “if you can’t beat them, join them” using its abundant capital. 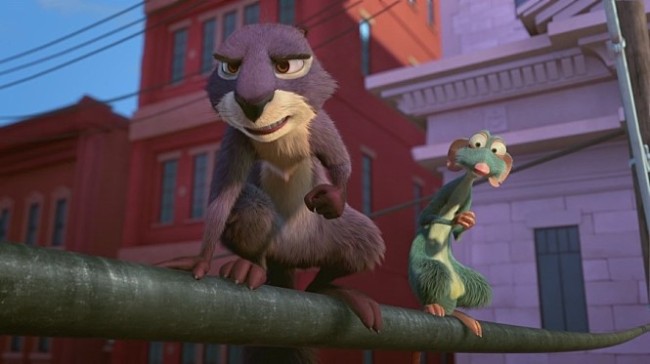 China-invested Redrover’s “The Nut Job” (Redrover)
“There is really no reason not to accept Chinese money given that film is a highly capital intensive business with extreme risk and low margin. Making a movie is like building an infrastructure, and they don’t come cheap,” said a venture capital industry source who wished to remain anonymous.

“Having a solid financial backing can reduce risk as pictures are being made.”

However, there are some concerns over increasing Chinese capital in the entertainment sector. Shanghai Automotive Industry Corp.’s takeover of the ailing SsangYong Motor in 2004 and its exit in 2009 with the Korean carmaker’s core technology, leaving the local manufacturer in deeper financial trouble, is an episode that is still vivid in the memory of many Koreans.

“Concerns over increasing Chinese capital are rising as it can hurt the business because the investors can just walk away anytime they make losses,” said a source in the music industry who declined to be named.

Production and distribution of films in China are subjected to stringent censorship as all movies must be approved by China’s State Administration of Press, Publication, Radio, Film and Television. Hollywood movies such as Quentin Tarantino’s “Django Unchained” and Marvel’s “Iron Man 3,” for instance, had to be reedited for the Chinese market. 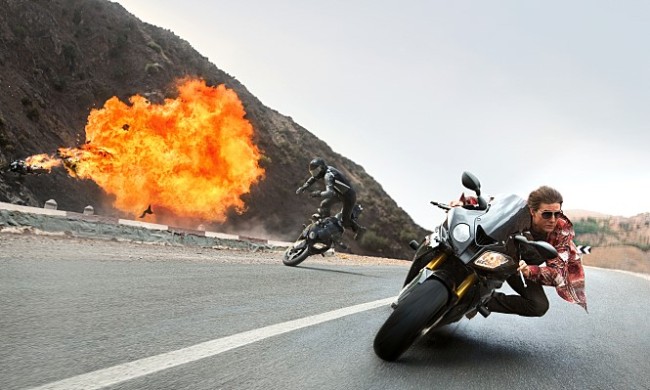 Alibaba Pictures, a movie unit of China’s e-commerce giant Alibaba, invested in Tom Cruise’s “Mission: Impossible --Rogue Nation.” (Paramount Pictures)
Partnerships with Chinese companies, however, are inevitable, “because of the country’s large market and capital,” according to the music industry source.

This observation comes as China is renewing its strategy to focus more on acquiring entertainment content, software and biotechnology industries rather than relying on natural resources and raw materials as the country undertakes an economic paradigm shift for new growth.

“As for Korea, the industry here also needs to renew its strategy to best use and manage Chinese capital for a win-win strategic partnership,” said Jung Yoo-shin, a Sogang University Business School professor.