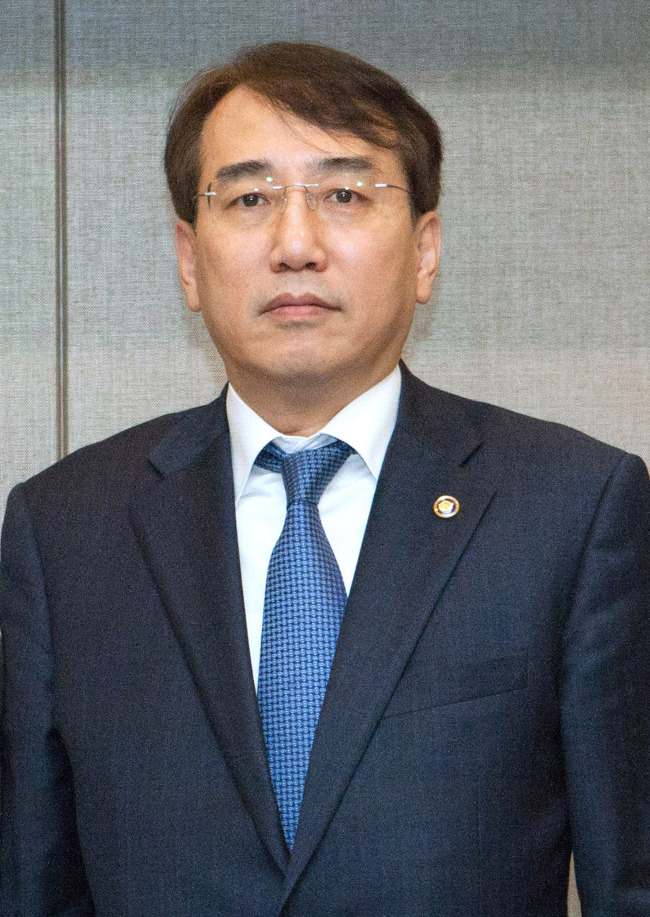 Government Policy Coordination Minister-designate Lee Suk-joon
The given post, though classified as ministerial level, does not require a confirmation hearing.

Lee’s predecessor Choo Kyung-ho recently resigned to run for a parliamentary seat in Daegu’s Dalseong District, which used to be the president’s constituency.

“Having served as vice minister of strategy and finance, as well as standing committee member of the Financial Services Commission, Lee has profound understanding on creative economy and state affairs in general,” the spokesman said.

“Choi will play a key role in stabilizing the nation’s economy and structural reforms,” Jeong said.

“Kim is an expert in personnel and organization issues who will propel the Interior Ministry’s key policies and Woo, a trade and industry specialist, will contribute to the nation’s industrial development,” the spokesman said.