[ The Korea Herald – Send E-mail ]
Rolling Story takes Korean webtoons to global audience
Seeks to translate works of 23 comic artists into movies, dramas, animation
By 박형기
Published : Nov 18, 2015 - 15:08
Updated : Nov 18, 2015 - 15:09
Korea has seen rapid growth in the webtoon industry, with the number of digital comics platforms reaching nearly 30 and more than 4,000 comic artists currently working in the field as of last year, according to data by the Ministry of Culture, Sports and Tourism. 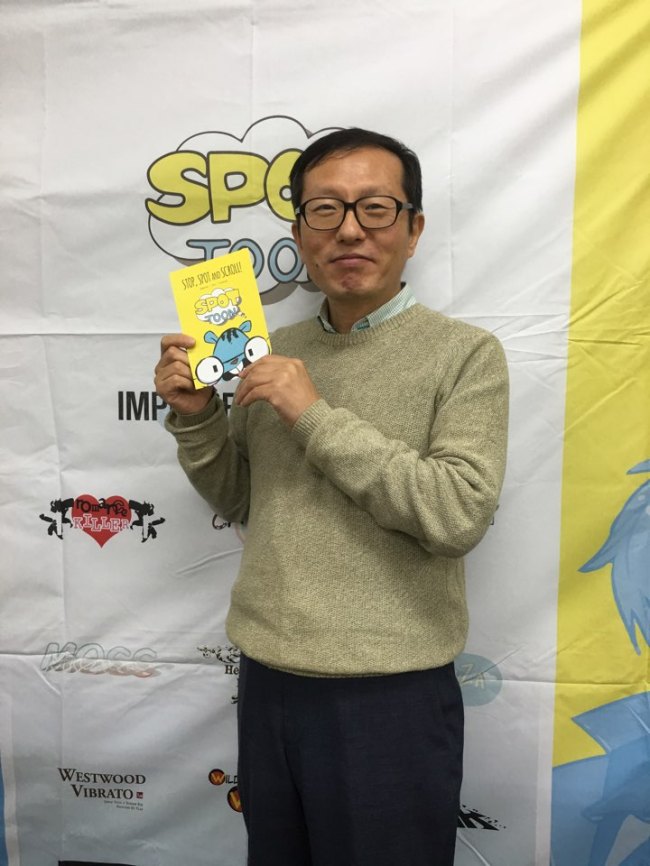 Warren Kwon, CEO of Rolling Story (Rolling Story)
For Warren Kwon, the chief executive of Rolling Story, it is time for webtoons to venture overseas. To do so, he teamed up with Korea’s leading webtoon artists and launched a collective platform, Spottoon, to show their works in overseas markets.

“It was the natural thing for us to do because there was no way we can compete in Korea’s saturated market that is overflowing with free content,” said Kwon, 50, in an interview.

Launched late last year, his start-up’s vision was very clear -- and that is to promote Korea’s great webtoon stories overseas.

“This company’s top mission is to ‘honestly and fairly manage’ the works of Korean artists overseas,” he said.

With 23 Korean comic artists and the Hankyoreh daily newspaper backing the start-up as major shareholders, Kwon is aiming to make Rolling Story’s Spottoon into a global transmedia platform where great Korean webtoon stories can be remade into animation series, movies, dramas and toys.

“We want to become a transmedia platform in the long-run, and of course, to expand, we are in talks with number of potential venture capitalists, funds and strategic partners,” said Kwon.

Twenty-three artists, including Yoon Tae-ho, the author of the hit “Misaeng” and comic artist Hun of “Secretly, Greatly,” formed the artists’ union Toonion, which has a 23.8 percent stake in Rolling Story. Hankyoreh holds a 32.1 percent stake in the start-up.

Kwon had worked as a reporter and digital media editor for Hankyoreh, one of Korea’s liberal newspapers since the early 1990s. He also launched Huffington Post Korea, where he worked as a managing editor.

“The platform’s goal is to seal deals to translate 20 Korean webtoons into other entertainment media out of 100 digital comics on Spottoon next year,” said Kwon, noting that it is currently showing 20 webtoons, and has clinched OSMU deals for four Korean comics with Hollywood studios.

It also aims to have over 1 million active monthly users by the end of next year, with 3 percent to 5 percent of users paying for content, he added.

Kwon said he believed Korean comic stories have the potential to “move people” not only in the U.S. but also in China as they have strength in visual storytelling with a variety of themes and topics.

For instance, global readers and studios especially showed interest in Korean fantasy and drama webtoons, such as Yoon’s “Moss.”

“As we grow into a transmedia platform, the company and the artists will seek to foster new artists to further create original stories,” Kwon said.