Unlike conventional architects of this era, Ban does not only use iron or steel as the primary materials to structure houses, museums, community centers or churches. 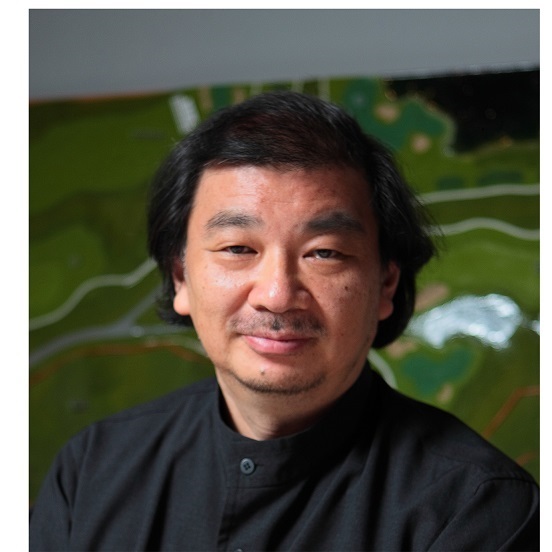 Shigeru Ban
He uses paper tubes, cardboard, beer crates, containers and other inexpensive recycled materials to “design and rebuild” places and buildings devastated by natural disasters or conflicts such as earthquakes, tsunamis and civil wars.

As he uses those materials so beautifully with an aesthetic focus on human comfort, privacy and stability, the world-renowned Japanese architect is also branded an artist, innovator and humanitarian.

He experiments, designs and builds “temporary” structures that can last long enough for people to recover and find new homes after a disaster.

The Centre Pompidou-Metz, a modern art museum in France designed by Shigeru Ban (Photo by Didier Boy de Tour)
Ban’s disaster relief efforts using his knowledge and skills in architecture have earned him not only global recognition but also the industry’s most prestigious award, the Pritzker Prize, in 2014. The Pritzker Prize is equivalent to the Nobel Prize in the world of architecture.

The Pritzker Prize laureate has traveled to many disaster areas including in Nepal, Japan, New Zealand, Rwanda and the Philippines to offer his help and skills in rebuilding people’s lives.

Using cardboard materials and beer crates, Ban was able to build a paper house for people who lost homes in Kobe, Japan, after an earthquake in 1995.

He designed and built paper emergency shelters in a refugee camp for people in Rwanda suffering from a civil war in the late 1990s.

His work also includes the Cardboard Cathedral in Christchurch, New Zealand, which was built with paper tubes following an earthquake in 2011. The church is said to hold 700 people and can last 50 years.

Ban also used shipping containers to build The Nomadic Museum in New York as a temporary structure to hold an exhibition of photographer Gregory Colbert in 2005.

His unconventional and unorthodox architecture has been highly praised as “humble and altruistic.”

For Ban, the most important thing in designing structures is how best to use materials, not what materials to use for people in distress.

“I must continue to listen to the people I work for, in my private residential commissions and in my disaster relief work. I see this prize as encouragement for me to keep doing what I am doing -- not to change what I am doing, but to grow,” Ban said after receiving the Pritzker Prize.

Ban will share his philosophy, design thinking and more in the upcoming Herald Design Forum 2015 to be held at Grand Hyatt Hotel in Seoul on Nov. 10.