This is the fifth in a series of articles introducing key features at the upcoming Herald Design Forum 2015 to be held in Seoul on Nov. 10. -Ed.

Design today seems to be the horse that is pulling the cart. No industry can survive without it anymore.

From leaning on design as a strategic marketing tool to subtly expressing a company’s signature values, industrial design has been constantly evolving to where it stands now. 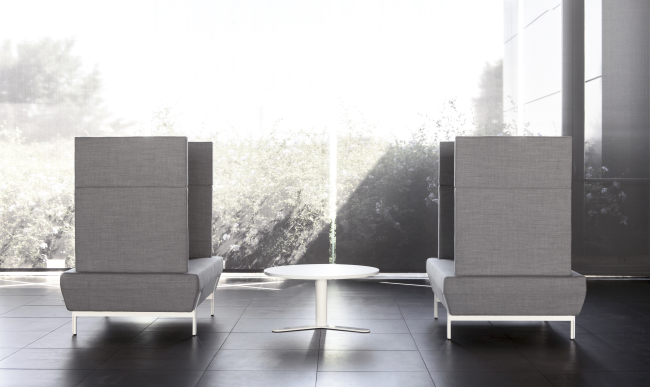 Contemporary sofa “Platform for Viccarbe” by Arik Levy (Courtesy of the designer)
Design, however, has not always been duly appreciated. The area of industrial design did not even exist; its emergence is linked to the industrial revolution in Great Britain in the mid-18th century, while the defining moment came in early 20th century when Walter Gropius (1883-1969) established the Bauhaus.

The school of design manifested the modern idea of industrial design as “the Bauhaus workshops are essentially laboratories in which prototypes of products suitable for mass production and typical of our time are carefully developed and constantly improved.”

The German architect also said in “Bauhaus Dessau -- Principles of Bauhaus Production” (1926), “(Bauhaus) wants to train a new kind of collaborator for industry and the crafts, who has an equal command of both technology and form,” contradicting the previously dominant idea of form following function.

Germany surely has been leading the movement toward industrial design as a profession, but it was not alone. Having survived World War I relatively unscathed, the United States had the capacity to adapt its wartime factories to manufacture civilian consumer goods. 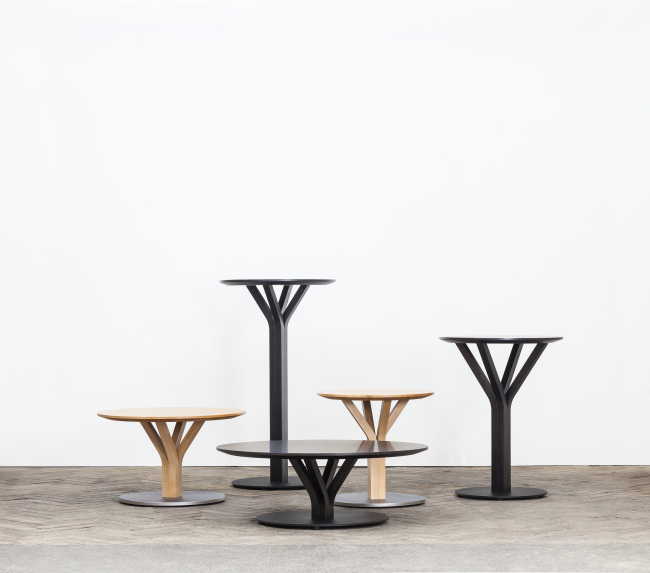 “Bloom tables” by Arik Levy (Courtesy of the designer)
Due to the increase in investment, mass production became possible and to reduce cost and increase sales, the manufacturing system was regulated, rationalized and improved. And finally, design was seen as an essential part of business and commerce.

Industrial design is “a process of design applied to products that are to be manufactured through techniques of mass production,” as professor John Heskett (1937-2014), a pioneering design historian, said.

And a designer’s job is not limited to an object’s functions and aesthetics. To manufacture something easier and cheaper so that even more people can benefit from a design, a designer could bring in new materials even.

Stacking Side Chair designed by Charles Eames (1907-1978) is a brilliant example. Made of polypropylene and steel tubes, it was comfortable and lightweight yet strong, and best of all could be mass-produced. Originally conceived in 1950, it has become an icon of industrial design.

Some designers go even further breaking every preconceived ideas we might have had. James Dyson has continued to shock the world as he introduced bladeless fans and bagless vacuum cleaners. 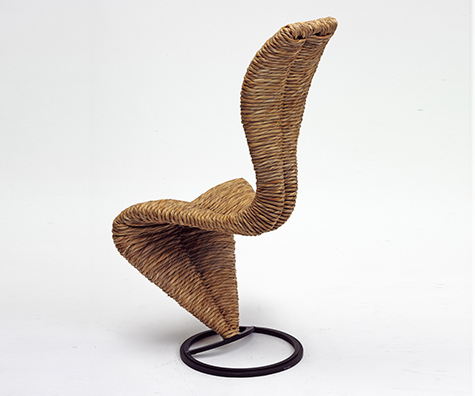 “S Chair” by Tom Dixon (Courtesy of the designer)
“Dyson embodies how technology can be incorporated with design,” said Choi Kyung-won of Hyun Design Research Lab. “He adds value-neutral technology to design and makes it living and breathing. So his designs are not just an accomplishment in terms of technology but also from the perspective of art,” he noted.

Design might have been looked down upon as frivolous, or incompatible with practicalism, but now transcends over the technology and into the realm of art. Arik Levy, one of the top leading industrial designers along with Philippe Starck and Karim Rashid, will shed light on how design as a platform integrates different industries and free from boundaries, creates additional values at Herald Design Forum 2015.

The forum will be held at the Grand Hyatt Seoul on Nov. 10, under the theme “Design Platform Adds Value through Integration.”