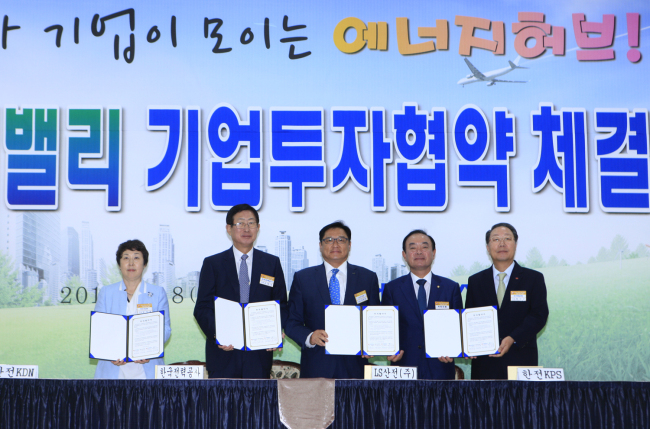 Those who have signed up for investments include powerhouses such as LSIS, ABB Korea, Woojin Electric Machinery, Seondo Electricity and 21 up-and-coming firms. They will invest a total of 130.9 billion won ($109.4 million) in various sectors.

“We have managed to attract 25 companies so far, 10 months after nestling into Naju from Seoul. We will strive to win 32 more by the end of the year and an additional 43 by the end of 2016 to realize our dreams of creating the Energy Valley with 500 companies by 2020,” a KEPCO spokesman said.