At a press conference ahead of the group's annual concert "Beautiful Show," Beast's Dujun was full of enthusiasm.

"We're so excited and thankful. This is the one day of the year we look forward to most, and we're so happy," he said.

The show was the group's first exclusive concert in a year, and the members said they were eager to show how they had matured. 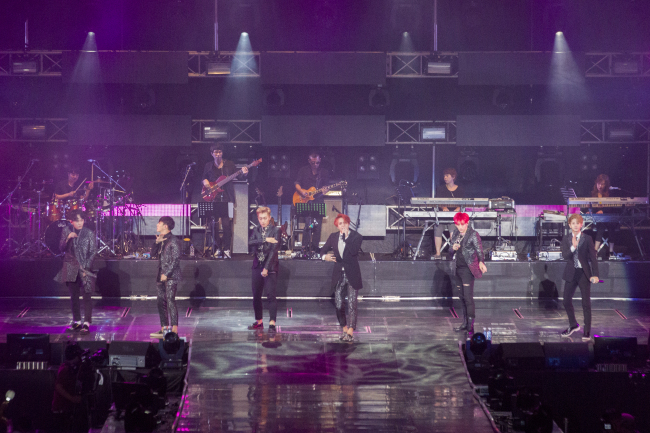 "For this concert, we've taken out a lot of the stage effects and have prepared performances that will move our fans' hearts with just our voices," said Yoseop.

Starting with "YeY," the lead track from their eighth EP "Ordinary," Beast took the stage with sets designed to highlight their live singing alongside a live band. There were no flashing LED screens or moving props -- just six guys on a stage, singing and dancing their hearts out.

After powering through the first six songs including the "Ordinary" prerelease track "Gotta Go to Work" and "Dance with U," Beast settled down for a more romantic set including "Midnight," "On Rainy Days" and "12:30."

The set led up to the members' solo performances, which allowed them to showcase their individual talents.

Beast's members have been quite active in their individual pursuits in music and acting, so much so that rapper Junhyung said during the press conference they had prepared for the concert by watching each other's videos because they couldn't work out a joint schedule. 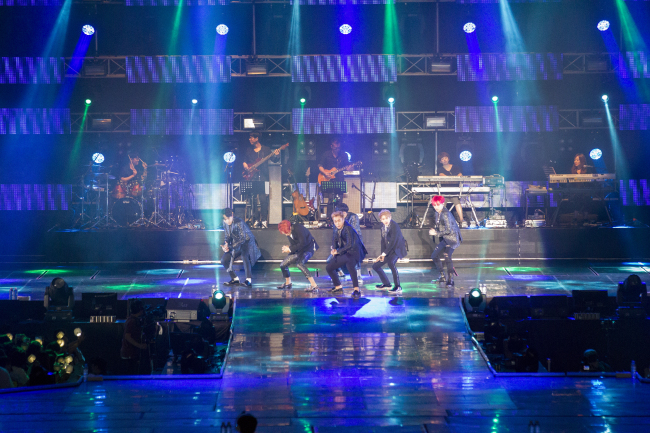 Hyunseung showed off his sexy, bad-boy image with performances of "Break Up with Him" and "Ma First" from his solo EP "My," Dongwoon provided a flowing, lyrical experience with "I'll Give You My All" from his Japanese EP "Kimishika" and Junhyung appeared onstage with a giant teddy bear for his original song "Found You."

Yoseop donned a pink cap and overalls for "You Don't Know" and "Look at Me Now" from his solo EP "The First Collage" and Dujun and Gikwang sang Gikwang's original song "Without You."

Although "Without You" was a new song being revealed for the first time, the fans were able to pick up on it right away and sing it back to Beast onstage.

After the solo performances, Beast seemed to relax a bit, letting loose with a flurry of fan favorites including "Fiction," "Shock" and "Good Luck," reaching the height of their energy with "Beautiful Night."

It was a breathless 24-song set, with the members stopping to talk to their fans about once every two songs. The stage was generally clear, with minimal use of dancers or props, and transitions were made with just a flicker of the lights, but it was a concert as fantastic as any other.