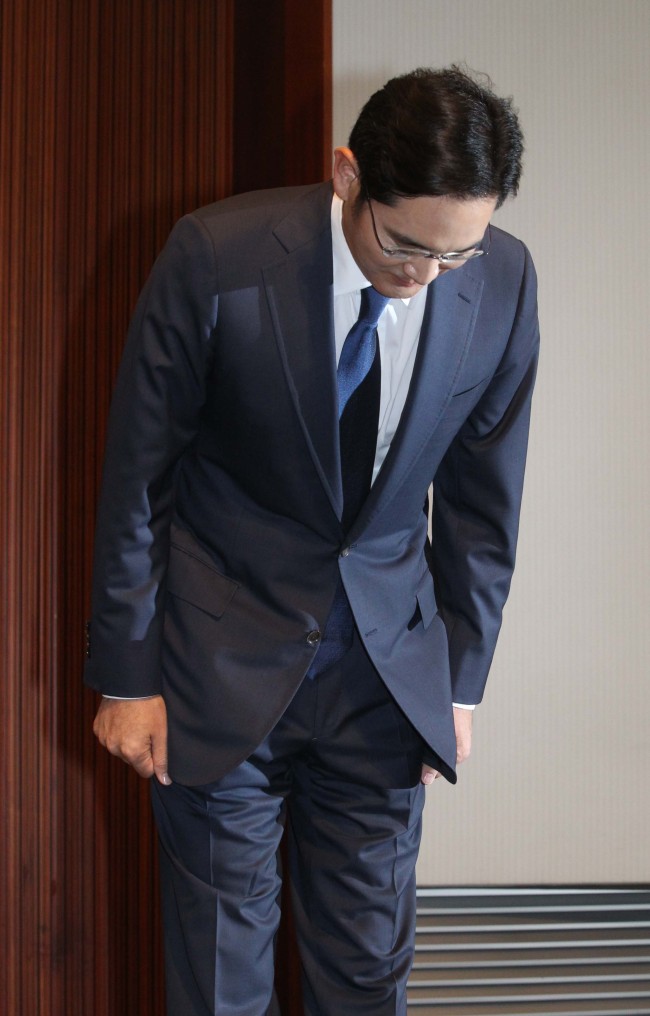 Samsung Electronics vice chairman Lee Jay-yong bows during a press conference held at the company’s headquarters in southern Seoul on Tuesday. Yonhap
“I offer my sincere apology and deep regrets to the patients, bereaved families and all others who have suffered from the disease,” Lee said during a televised news conference after making a deep bow to the public.

“My father is also hospitalized at the hospital. I can understand your sufferings and concerns,” he said. His father, Chairman Lee Kun-hee, has also been receiving treatment at a VIP suite in the hospital since May last year following a heart attack.

It was the first time that Samsung Group has made a public apology over the missteps of Samsung Medical Center in containing the MERS outbreak in its earlier stages, though the hospital had already apologized twice.

It also marked the first time for the 47-year-old Samsung heir, who has maintained a low profile, to appear at a press conference.

“It is a rare decision showing that Samsung and the owner family are taking the situation seriously,” said an industry source. “Lee’s apology may have been decided during a meeting with top executives last week.”

His sister Boo-jin, president of Hotel Shilla, also headed to Jejudo Island on Monday to suspend the hotel’s operation after a tourist who stayed there was confirmed to be infected with the MERS virus. 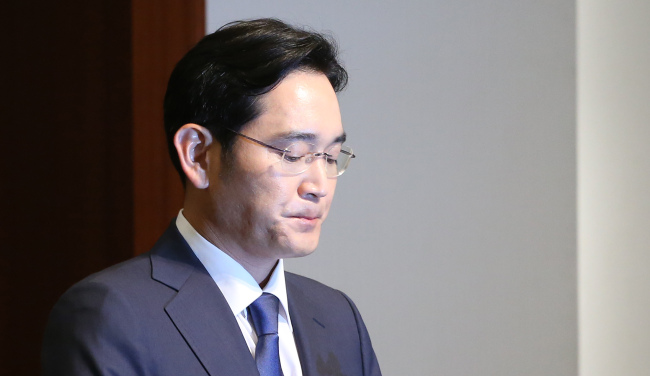 Samsung Medical Center, a prestigious hospital, has suffered a setback since becoming the source of spreading the deadly virus that had killed 27 people and infected 175 others as of Tuesday in the worst outbreak outside Saudi Arabia.

According to health authorities, almost half the infected cases were traced to the Samsung hospital where an infected man spent two nights in the emergency room without being diagnosed, transmitting the virus to at least 80 people before being quarantined.

The 1,900-bed hospital has closed its doors to most of the public, though it continues to carry out emergency surgeries and treat MERS patients. The June 24 suspension deadline is expected to be extended considering that new cases are confirmed.

At the press conference, Song Jae-hoon, chief executive and president of Samsung Medical Center, pledged to carry out a large-scale overhaul of the hospital’s risk management system, especially the operation of the emergency room.

“We will make all-out efforts to contain the outbreak and continue treatment until the last patient recovers,” he said.

He also hinted that Samsung would join forces with global medical organizations for the development of vaccines and treatments for MERS and other infectious diseases.