[ The Korea Herald – Send E-mail ]
[Herald Interview] Exploring modern Korea in ancient trappings
New book examines Korea’s social fabric through lens of shamanism, Confucianism
By Korea Herald
Published : May 20, 2015 - 18:42
Updated : May 20, 2015 - 18:42
Beneath its ultramodern facade, Korea is a country with all the trappings of shamanism and Confucianism, a new book says.

In “Contemporary Korean Culture: the Persistence of Shamanistic and Confucian Values and Practices,” coauthors Kim Eun-gi and Choi Joon-sik seek to explain the social fabric and the mindset of Koreans through the lens of shamanism and Confucianism, examining the origins and manifestation of some of the most enigmatic Korean customs as well as their critique.

“In the 21st century’s creative and innovative world, Confucianism creates confusion. It is more a vice than virtue,” Kim, the dean of Korea University’s Graduate School of International Studies, said in an interview late April. His coauthor, Choi, is a professor at Ewha Womans University’s Graduate School of International Studies. 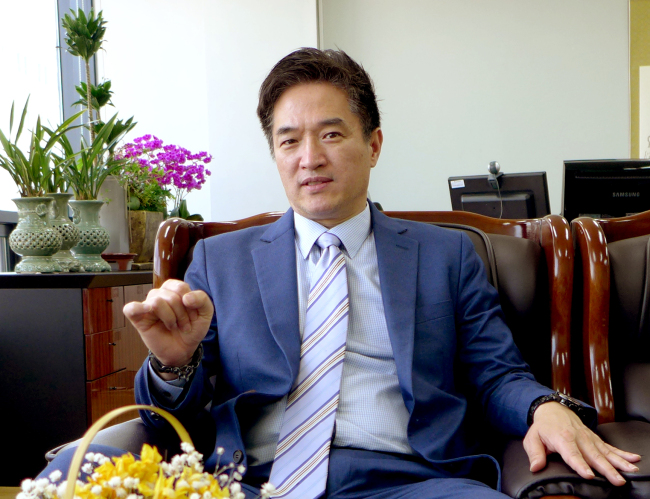 Professor Kim Eun-gi of Korea University’s Graduate School of International Studies. (Joel Lee/The Korea Herald)
In the book, the scholars argue that Confucianism ― the once guiding philosophy of East Asian societies ― has been at the vanguard of “hierarchy, collectivity, conformity, loyalty, fraternity and filial piety” for millennia. But it has also led to undesirable effects such as “veneration of titles, worship of authority, flattening of thinking and corruption of society.”

“How it became ruling ideologies in North Korea and China speaks volumes about its power and danger,” Kim said.

According to him, the recent “nut rage” scandal, in which Korean Air heiress and executive Cho Hyun-ah forced a taxiing plane to return to the gate and offload a steward because she didn’t like the way she had been served nuts, is like an everyday occurrence in Korean board rooms. CEOs often dictate major decisions and employees seldom express their opinions, which stifle creative thinking.

Korea’s excessive focus on education and alma mater are other side effects of Confucianism. Korean parents make endless sacrifices to send their children to the “SKY” schools ― Seoul National University, Korea University and Yonsei University ― believing that joining the top league ensures a better chance at success.

Shamanism acts as an antidote to Confucianism’s constraints, liberating Koreans through drinking, singing and dancing, key shamanistic practices as the book explains. Drinking and singing relieve stress from people’s competitive and repetitive lives. 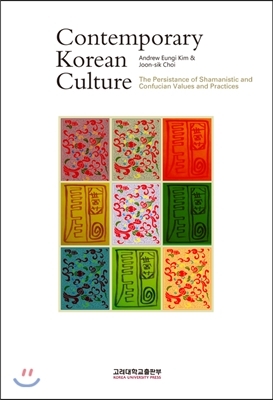 “That is why Koreans, who are unemotional at work, become more open and affable after a few drinks,” Kim said. “People resemble shamans who lose their senses to reach ecstasy through chaos.”

Confucianism and shamanism have been incorporated into major religions in Korea, the professor said. Pastors preside over memorial services for parents, offer prayers at a new home or business, and conduct faith-based healing rituals.

On the downside, the combination of shamanism-infused practices, hierarchical organization and pariah capitalism has influenced Korea’s religious institutions.

“Protestantism, particularly the Calvinist church, extolled the frugal life and hard work, but many Korean churches have become institutions of power and privilege,” Kim said. “Rather than upholding the ‘noblesse oblige,’ pastors preach the ‘theology of convenience,’ which asks no questions about how you earned your money.”

The competition of oversupplied churches has led to the commercialization of faith based on offering and tithe, he said. Christianity, namely the Protestant and the Catholic church, accounts for one-third of Koreans, followed by Buddhism at 22 percent.

In an era of globalization, collectivism and individualism will be increasingly “awkward bedfellows,” he also noted. To unshackle Korea from its ancient vestiges, society should allow the freedom of expression and respect for differences, he advised.

“Given that society develops through stages, Korea’s history of contact with foreign cultures has been relatively short,” Kim said, while pointing out that the country became more international through the 1988 Seoul Olympics and the 2002 World Cup.

“Those who jump the queue in public spaces are usually in their 50s and older. They still have uncouth manners, because they did not learn the necessary etiquette growing up,” he said.

“Democracy, in its truest sense, is a new concept to many Koreans. But over the years, we will see progress.”