The issue emerged as another source of diplomatic friction after Japanese Prime Minister Shinzo Abe said last July that Washington is required to secure “Tokyo’s understanding” should it want to send its marines to handle a peninsular crisis.

Speculation has since been spreading that the deteriorating relations between Seoul and Tokyo could impede the rapid deployment of U.S. troops from Japan to Korea if any armed conflict breaks out here. 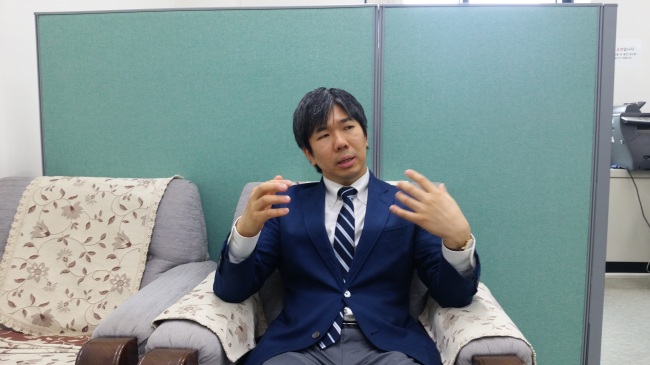 Yuichi Hosoya
“In reality, it is extremely difficult (for Japan to oppose the U.S. deployment of its forces to Korea) because the U.S. forces usually do not inform us (Japan) of their deployment to any place like the Iraq War and the Vietnam War,” Yuichi Hosoya, international politics professor at Japan’s Keio University, told The Korea Herald.

“After 1960, the U.S. government never ever asked the Japanese government’s consent to agree to the U.S. military operations in areas (abroad). In reality, I don’t think what Prime Minister Abe said was right.”

But under the bilateral security treaty, which was revised in 1960 to replace the first 1952 version, there is a clause that mandates the U.S. to secure Japan’s consent when its forces operate in areas surrounding Japan, Hosoya said.

“So, in theory, Prime Minister Abe was right by saying that Japan can deny it (the U.S.’ decision to send its forces in Japan to Korea,” he said.

Hosoya, who has served as a member of a security advisory group for Prime Minister Abe, was in Seoul last week to attend an academic forum arranged by the Hankuk University of Foreign Studies.

Commenting on Tokyo’s reinterpretation last year of its war-renouncing Constitution to allow for its limited exercise of “collective self-defense,” Hosoya said the change would help South Korea’s security rather than posing any security challenge.

Collective self-defense refers to the use of force to support an ally under attack.

“The threat and uncertainty of North Korea is bigger than before, and that is why the U.S. has repeatedly asked the Japanese government to revise the constitutional interpretation,” he said, claiming the “biggest aim” of the reinterpretation is to help South Korea.

Under the previous interpretation of the constitution, Japan’s Self-Defense Forces were unable to support U.S. forces operating on a combat mission as Japan could be regarded as exercising collective self-defense, which has been banned under Article 9 of the constitution.

“If we cannot exercise collective self-defense, it means the U.S. military should bring oil, water and some of the equipment from the U.S. mainland. It would take time and will be quite costly and it will undoubtedly become a barrier,” he said.

“It means there will be more damage to South Korea. If Korea doesn’t like to see the constitutional reinterpretation, we can be happy because we don’t have to provide any logistical support to U.S. forces.”