As a devout and open-minded Christian who seeks deeper understanding of Islam, her action is sometimes branded as “dovish” by hawkish Christians.

Muslims don’t always find her stance convincing and trustworthy either, given centuries of hostility between the two religious groups.

But her mission is clear ― to bring the two religions closer together through mutual understanding and respect in this borderless and globalized world.

“We can’t approach religion with an old mindset in this globalized world, and try to resolve religious issues,” Kim, 49, said in an interview. 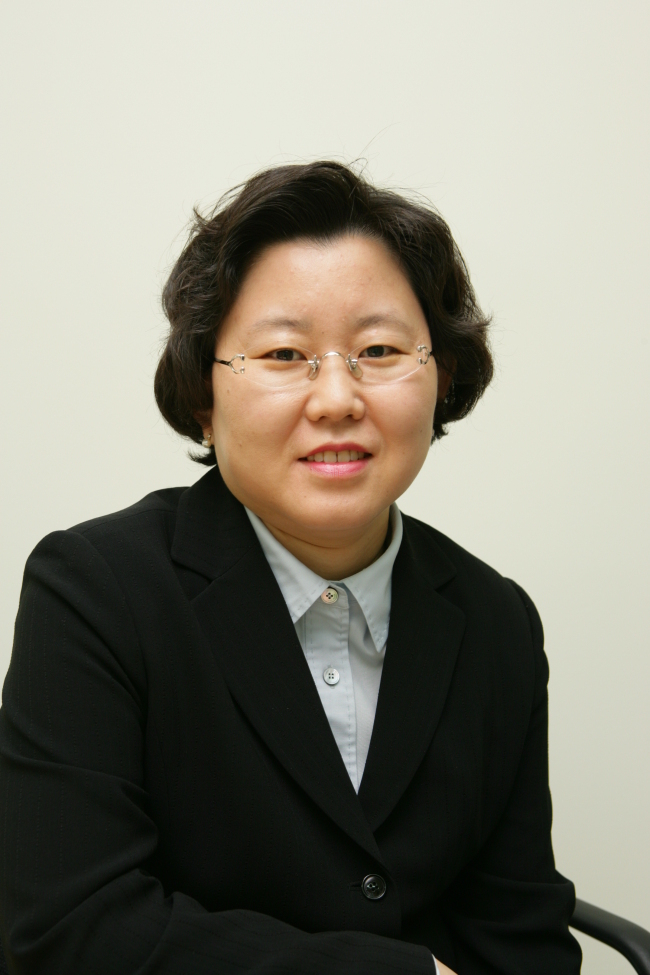 Kim Ah-young, director of the Center for Islamic Studies (Park Hyong-ki/The Korea Herald)
“We should strive to learn about each other’s history and religion for peaceful coexistence.”

Days are gone when the world divided its territories according to religious faith.

And modern Christians should stop holding signs on the streets opposing issues concerning Islam, such as “sukuk” Islamic financing, which allows capital raising without interest.

Kim began her study of Islam when she was at Ewha Womans University’s Graduate School of Christian Studies.

Her professor then was Chun Chae-ok, who was Korea’s first female Christian missionary dispatched to an Islamic country in 1961. Chun also founded the Center for Islamic Studies with Kim in 1992. The center has become part of Torch Trinity Graduate University, a theological seminary in Seoul.

During her master’s in Korea and Ph.D. in Islamic Studies at the Fuller Theological Seminary in the U.S., Kim developed her understanding of Islam, and learnt that the two religions, albeit different, shared a lot of similarities.

The Prophet Muhammad is compared with Paul the Apostle, while Jesus was viewed by early Muslims as one of the prophets in the holy book of the Quran.

Christians’ God and Muslims’ Allah are the same essential being.

Muhammad and his followers, in fact at one point, saw the Christians and Jewish as brothers, calling them “The People of the Book,” as they, too like Muslims, believed in a single God, with the Jewish following the Hebrew Bible and the Christians the Bible.

However, the alliance came to an end as the Jewish sided with a tribe called the Quraysh in Mecca to suppress the growing influence of Muhammad. The Quraysh was in conflict with Muhammad as both had different religious views. Muhammad preached that there was only Allah, while the tribe and other clans opposed the Prophet’s monotheism.

The conflict between Islam, Judaism and Christianity continues to exist today.

But Kim said understanding the history, learning how to forgive and gaining mutual respect, as part of first step, will help “the religions move forward in the name of humanity in this new age.”

She believes in religious freedom, and that everyone has the right to learn about other religions.

“This doesn’t mean that we should compromise our own faith and self-identity. Let God decide individuals’ faith,” Kim said.

“I believe that Islam together with other religions will face a bright future as we overcome the current difficulties with wisdom.”