In 2012, a group of Seo Taiji fans raised 38.67 million won ($35,000) to earmark nearly five hectares of Brail’s vast tropical rainforest as the Seo Taiji Forest in honor of the star’s 20th anniversary as a singer. 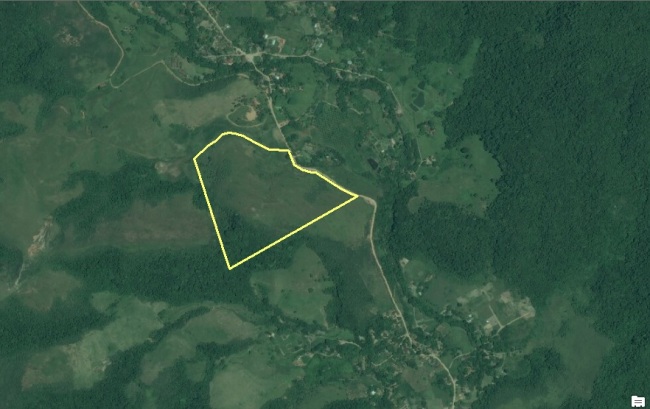 An aerial view of the future Seo Taiji Mania Forest in Brazil. (Seo Taiji Co.)
The fans’ donations were sent to the World Land Trust and allowed for 27,500 trees to be purchased and planted in the Guapi Assu ― an area under constant environmental threat, with much of its wildlife facing extinction due to a lack of conservation efforts.

According to an announcement by Fortune Entertainment on Friday, the K-pop star has been preparing for the past three months to plant 5,000 trees and establish the Seo Taiji Mania Forest, located next to the existing Seo Taiji Forest to continue on the environmental efforts started by his fans.

“It’s not about showing that good people like me, it’s about me becoming a good person by giving back to these good people,” Seo said in appreciation to the fans who had previously donated in his honor.

K-pop fan groups are certainly no strangers to organizing charitable donations under the names of their beloved idols. Korean stars are well-known for their dedicated and creative fan followings, leading to the birth of “fan rice.”

A popular way for K-pop fans to show their love and dedication to their favorite artists is to purchase bags of rice decorated with various fan messages. The bags of rice, or other charitable items, are then donated to assist those in need.