The jewels are made in collaboration with the Korea National Ballet and The Showcase Lab, which consists of leading jewelry designers in Korea. They will be on exhibit at the trendy shopping spot 10 Corso Como in Cheongdam-dong, Seoul, from Dec. 11-25.

The collection features 50 jewelry pieces with five Nutcracker characters adorned with Swarovski crystals. Each character was reinterpreted by the jewelry designers under the different themes of duel, festival, joy and love, fantasy and reality, and flower waltz.

“This is a joint project which combines creativity of leading contemporary jewelry designers in Korea and artistic sensibility of the Korea National Ballet. The exhibit focused on reinterpreting the traditional items such as pearls and creating whole new Nutcrackers,” said Yoon Seong-won, director of the exhibition. 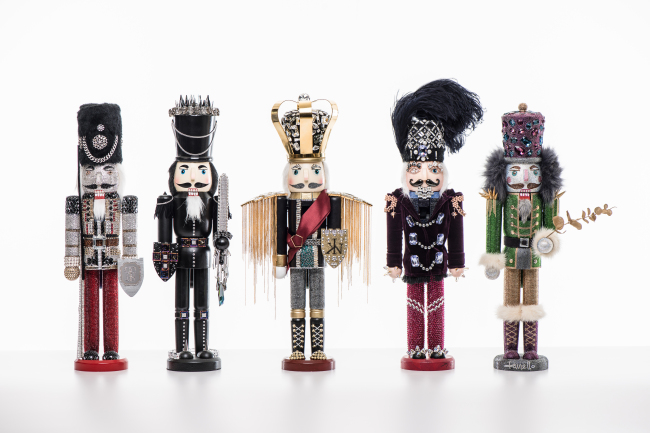