[ The Korea Herald – Send E-mail ]
[Herald Interview] A life devoted to public service
By Shin Hyon-hee
Published : Nov 30, 2014 - 21:39
Updated : Nov 30, 2014 - 21:39
In 1948, high-flying metallurgy professor Choe Ke-soon decided to start a new chapter in his life by going to the U.S. Moving there without any relatives or friends, he started as a visiting scholar at Princeton and Columbia universities in New York, before being recruited by The Boeing Co. in 1967 and passing away in 2003 as a top engineer, self-taught calligrapher and watercolor painter, and a Korean-American leader in Seattle.

Just like her father, Martha Choe has been leading a tireless yet pioneering career.

The 60-year-old former high school teacher and banker became the first Korean-American to be elected as a member of the City Council in Seattle in 1991 and after two four-year terms, director of the Washington State Department of Community, Trade and Economic Development. In 2004, she joined the Bill & Melinda Gates Foundation as chief of the global libraries initiative and also served as chief administrative officer until her retirement in September.

Looking back on her illustrious career, she sees her deceased father’s courage as an early immigrant as the driving force behind many of her critical decisions, especially when she ventured into politics, still a new area for Korean-Americans. 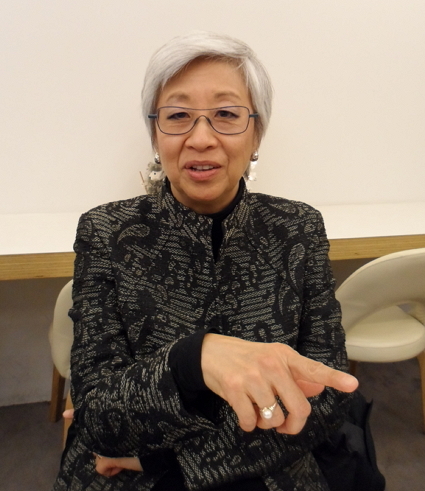 Martha Choe, head of Mcchoe & Associates LLC. (Shin Hyon-hee/The Korea Herald)
“I actually thought about my father. So he came from Korea when he was 40 years old. No family members, and no friends. That took tremendous courage,” Choe said in an interview with The Korea Herald during a recent visit to Seoul.

“But here I had a family, I had friends, I could even get another job. … So that’s what actually made me decide, ‘OK, I’m going to go for it,’ and quit my job.”

For the Korean community, the 1991 election also set the stage for an unprecedented amount of involvement, with her campaign shored up by numerous members who assisted with fundraising and offered food and other necessities.

“I made two promises. One is the campaign will be positive, two is that the night before the election, I could look into the mirror and know there is nothing else I could have done, so I can face my family and I can face my friends, all the supporters even if I lost,” she said.

“I did not realize until a few years later that what the election represented was a glass ceiling breaking for their children.”

Her last assignment at the local government was to win a bid for the assembly of 77 units of Boeing’s brand-new Dreamliner at a time the aviation giant was so dissatisfied with the state of Washington that it had already moved its headquarters to Chicago.

With thousands of jobs at Seattle plants in jeopardy, Choe came under mounting pressure from then-Gov. Gary Locke and the public. But she also had a “personal motivation” because her father, too, was laid off during Boeing’s drastic decline in the 1970s which prompted him to move back to New York and thus separated the family.

“At the beginning Boeing gave us no chance; actually the only reason we’re included was they could not find a way to eliminate us but they’re so unhappy with us,” she said.

“So we knew we had to be aggressive. There was a lot of pressure but we won. It meant a lot to me, the state and thousands of people whose jobs were at stake.”

Choe’s attempt to take a break following years of grueling public service did not materialize for another decade as she was unable to shrug away the rare chance to help “change the world” at the Gates foundation.

She oversaw the development and implementation of domestic strategies of the libraries initiative, providing computers to public libraries in every state and training for the staff. The Seattle-based organization launched similar programs in Botswana, Poland, Ukraine, Bulgaria, Vietnam and elsewhere.

The scheme was designed to embody a vision that Bill Gates had been fostering since 2000. His vision, sense of urgency, and unbridled pursuit of innovation, were motivating forces for all the employees, according to Choe.

“Korea is a great example of the power of information, technology and access being transformational. But today the majority of people who go to use the Internet at a public library can’t afford computers. It’s a digital divide,” she said.

“During our hurricane Katrina, many displaced people had to apply for federal aid and went to libraries. And the librarians spent all night helping them do that.”

Shortly after her departure from the foundation, she set up her own company in Seattle, Mcchoe & Associates LLC.

Its main expertise remains to be seen, but is likely to be in line with her two life goals ― to leave the world a “better place” and mentor school-age children.

“A lot of my work and what I love to do is actually to be a mentor to younger people and give them opportunities,” Choe cheerfully added.

“I think that’s a responsibility for leaders. I mean we’ve got to make ways for young leaders, support them and encourage them. So hopefully the people I mentor will also mentor others.”