At the start of the year, the 28-year-old musician had high hopes for his fifth full-length album, “Finally,” which came out at the end of 2013.

Those hopes were crushed when the ferry Sewol sank on April 16. The country’s entire cultural scene came to a virtual standstill, as the nation mourned the loss of over 300 lives, mostly of them teenagers, in the tragic accident.

Then, suddenly a song from his 2008 EP “My Hero” topped all major local music charts ― not just the classical music category, but all genres.

TVs, radios and street cafes played “A Thousand Winds” over and over, in which Lim sings with his signature soft voice, “Don’t stand at my grave and weep. I am not there ... I am a thousand winds.”

“Personally, it was like a miracle to me,” he said of the song’s immense popularity in an interview last week. “(Topping the pop music charts) was something that I never thought was possible in my 16-year career in music.” 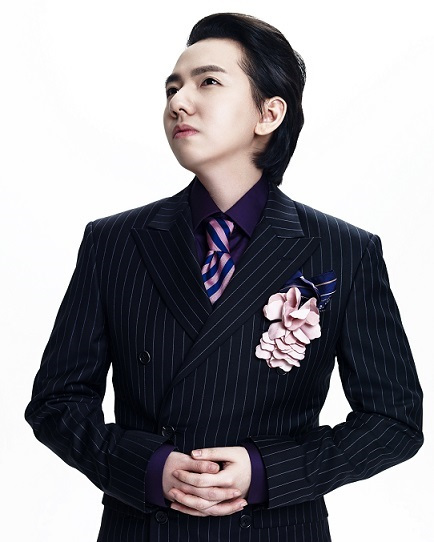 Lim Hyung-joo (Universal Music)
Rather than feeling proud of the feat, he said he felt grateful that his voice could give solace to those who needed it most.

He dedicated the song to the victims and pledged to donate all proceeds from it.

“The (sales) figures haven’t come in yet, but I will donate all as I promised,” the singer said.

Now, Lim plans to rerelease his album “Finally” and hold two solo recitals, one in Seoul and the other in the southern city of Gwangju, in an overdue promotional effort. The repackaged album has a new cover and two newly added numbers.

“I worked really hard on that album,” he said of his first full-length album in eight years.

“It features a great deal of Korean pop ― all well-known songs that most people will recognize as soon as they hear them,” he said.

In 1998, then 12-year-old Lim surprised the music scene, releasing his debut solo album with the now-defunct label unit of the conglomerate Samsung. In 2003, at age 17, after years of classical voice training, he ventured into the operatic pop genre with his second album “Salley Garden.”

Hailed for having a “heavenly voice,” he has since performed in many prestigious concert halls around the world, including Carnegie Hall in the United States.

“‘Finally’ is intended to be pop-centered, because I wanted to be able to communicate with the public through my music,” he said.

Lim is taking a step further in that direction with an upcoming album, which he says will be unveiled digitally at the end of this year at the earliest.

“It is going to be all Korean pop from the first track to the end,” he said. “I never did that before.”

The envisioned remake album will be his first since signing with top label Universal Music earlier this year.

These days, the singer performs about two to three times a week ― sometimes at big concert halls, but mainly at smaller venues.

“Sometimes I sing at nursing homes for a small group of elderly audience members. I really enjoy doing volunteer work,” he said.

Asked about his plans for next year, he gave a simple but impressive answer: a fourth solo recital at Carnegie Hall, a debut concert at London’s Wigmore Hall and another at the Sydney Opera House ― all in the first half of 2015.

Lim’s solo recital will be held at the main theater of Sejong Center for the Performing Arts in Seoul on Nov. 26. He will sing his classical crossover hits, including “A Thousand Winds,” as well as tracks from his latest album, “Finally.” The concert will start at 8 p.m. Ticket prices range from 60,000 won to 120,000 won. For more information, call (02) 2106-2013.