The ’90s American rock band is currently on a world tour and is scheduled to return to Korea for the first time in three years for a concert on Sunday.

“It has been three years now and I may forget a few of their names, but I never forget a face,” said frontman Martin in an email interview with The Korea Herald. “Our Korean fans are so loving and enthusiastic. Korea has always been on the top of my list of the best places to play.”

After releasing the monster 1991 hit single “To Be With You” off its second studio album, “Lean Into It,” Mr. Big gained worldwide recognition ― most notably in Asia. The soft rock ballad, the band’s best-known hit, charted in more than 20 countries, reaching No. 1 on more than half of the charts.

“‘To Be With You’ was written specifically for a woman that saw me as a close friend and nothing more,” he explained. “But for the last 25 years of performing this tune to thousands of fans all over the world its original concept rings true. Being a close friend to my fans is more than I could ever ask for.” 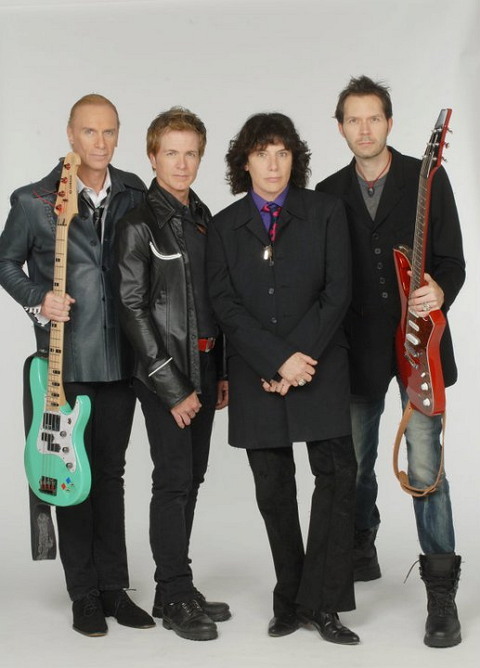 American rock band Mr. Big (Mr. Big offical Facebook)
Although the band’s success peaked in the States with its second album, and it was unable to repeat its earlier fortune with later releases, Mr. Big continued to soar in Asia. The act was able to sell out concert tours in Japan and across Asia before conflicts among the members eventually led them to disband in 2002.

In 2009, Mr. Big reunited and began performing live shows for its dedicated fans who had waited nearly a decade for the bandmates to reunite. Two years later, the band released its seventh full-length album, “What If ...,” its first release since getting back together.

“The band had written hundreds of ideas and riffs and I picked out the more blues rock pieces that I loved and wrote lyrics and melodies to them,” said Martin, talking about the rockers’ new album. “To me this record stands alone. It’s not like any of the other records. The playing is tight but not over the top.”

“Everything that goes into making a record is a lot of fun, but stepping onstage with the greatest band I’ve ever played with and belting out a soulful song is the key to my happiness,” he added.

Mr. Big will be performing at Uniqlo AX Hall in eastern Seoul on Nov. 2.

“We’re playing our most popular songs from the past as well as some rare ones that we haven’t played in many years,” said Martin. “A handful of songs from both the ‘What If ...’ album and of course our new one ‘...The Stories We Could Tell.’ We have an acoustic set planned and a couple little surprises in the end.”

However, the band’s drummer Torpey was recently diagnosed with Parkinson’s disease and is unable to join the bandmates on their tour. Instead, Ace Frehley’s drummer Matt Starr will be temporarily taking his place.

“Pat is doing great, just ask him,” said the lead singer. “He never thought that he would make it this far on our journey. He was there to create the album (‘... The Stories We Could Tell’), demo up the songs and help us arrange the music, promote and rock out on stage. He’s been such an inspiration to us all.”