In pursuit of the “American Dream,” Vergne arrived in Minneapolis 17 years ago and worked as a curator for a decade, working his way up to top positions in art in New York and Los Angeles.

He served as the director of Dia Art Foundation in New York for more than five years and took the helm of the Museum of Contemporary Art, Los Angeles earlier this year.

Vergne has been tasked with reviving the MOCA, which has been struggling despite its reputation as one of the top contemporary art galleries in the world. The mission ahead of him includes dealing with its financial troubles, including a shrinking endowment, and appointing new chief curators and other managers following the departure of key figures.

But the museum still stands as one of the most inspiring places in the world for art lovers and collectors. Korean collector Kim Chang-il, CEO of Arario, whom ARTnews selected as one of the world’s top 200 collectors, said he fell in love with art for the first time when he visited the museum in the early 1980s.

At the Frieze Art Fair in London on Oct. 16, Vergne talked about what sets the MOCA apart from other museums, its future and its role in the art world. He also shared his thoughts on the emergence of Asian artists. 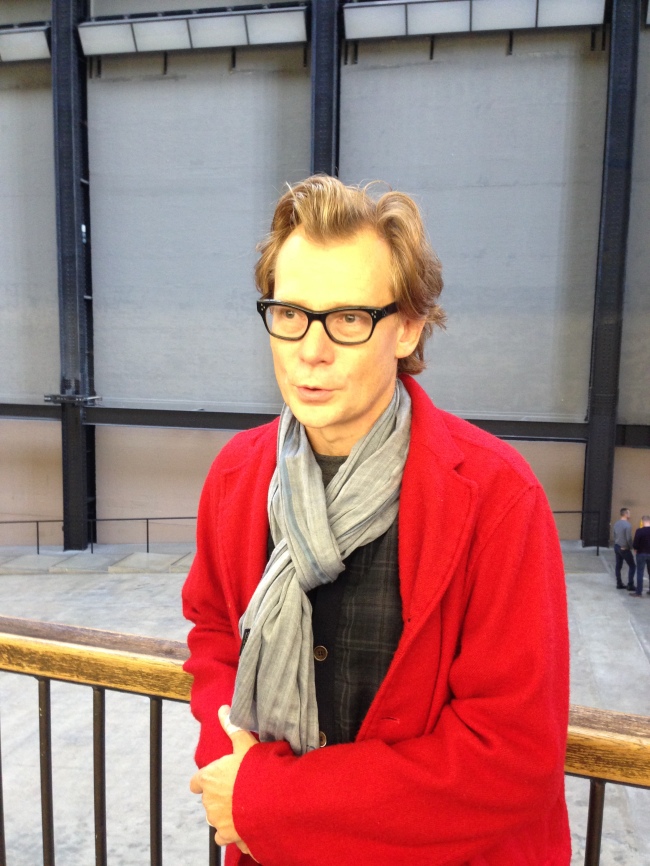 Philippe Vergne, director of the Museum of Contemporary Art, Los Angeles (Lee Woo-young/The Korea Herald)
KH: What distinguishes the MOCA from other museums?

Vergne: What’s the most important thing is to understand what artists need. The MOCA was established by a group of artists, collectors and patrons. It was rare for a museum to be started by artists. The MOCA has produced exhibitions that no other museums could do ― very experimental, working between disciplines ― because of the artists. The museum revealed North American artists that people weren’t aware of, such as Mike Kelley.

KH: How does the museum engage with Los Angeles’ diverse, international community?

KH: What are the major roles of a public museum?

Vergne: Most of the artworks you see at art fairs have been showcased and proved at art museums years ago. For example, you wouldn’t see Fontana work 10 years ago, but his works emerged as key works because of the museums that supported the artist. Museums write history. They are not a places for spectacle. We are not Hollywood. We are more like universities. That’s what I want to be with the MOCA.

KH: Who are the Asian and Korean artists that the museum has been eyeing?

Vergne: The MOCA held an exhibition of Chinese artist Cai Guo-Qiang, and it was the first American institution to hold a retrospective of Takashi Murakami. A few years ago, we presented a group exhibition of Japanese avant-garde Gutai artists. So showcasing Asian artists has been part of the MOCA tradition.

Fifteen to 20 years ago, people started paying attention to Japanese artists, and then they started to turn to artists from Korea. Works by artists such as Lee Bul, Koo Jeong-a, Suh Do-ho and Yang Hye-kyu help me better understand the complexity of the Korean art and broaden my view in art.

When you look at the Korean monochrome Dansaekhwa, you start to understand what we thought was a dominant art movement was actually a provincial movement. Minimalism was carried out by small groups of artists on a small island on the east of Manhattan.

Knowing such diverse artworks help us to be more inclusive and have a broader view of what’s happening.