“I think Steve J & Yoni P fits the mood of what is going on in Korea, between high street fashion and luxury,” said Danny Stienen, a buyer from Antonioli in Milan.

It is difficult to be both sexy and feminine at the same time, added Stienen.

“But I think this year’s womenswear collections, along with Steve J & Yoni P’s, are able to present both characteristics and define luxury street style,” he said. 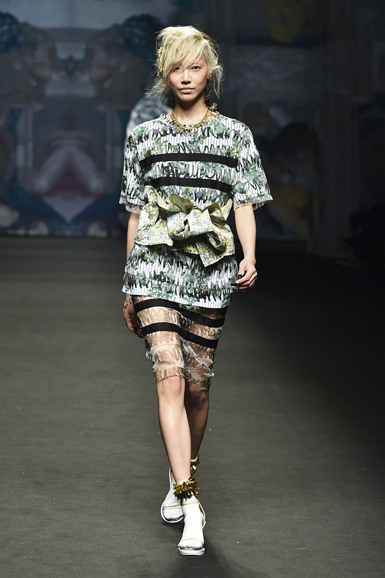 SFW rolls out the carpet a little later than other major international fashion weeks, such as New York, Milan, Paris and London, so buyers often arrive with limited budgets. But international buyers said they were planning to spend more money in Seoul than in previous years after watching the shows.

“Korean clothes comprise 6 percent of the total purchase we make and it is likely to increase,” said Lee, who is on his seventh visit to SFW.

“There are unique patterns that don’t exist in Europe,” said Steinen. “I think that these kinds of special styles and logos can break into the European fashion market.”

In response to the worldwide “Normcore” trend for unpretentious and inconspicuous clothing, Seoul’s womenswear is wearable and practical, but adds layers of romantic and funky style for a more luxurious look.

Designer Park Seung-gun of pushButton, known for his whimsical and creative designs, presented a lovely collection inspired by a photograph of Mexican painter Frida Kahlo, wearing a simple white shirt and wide denim pants with a cigarette in one hand. 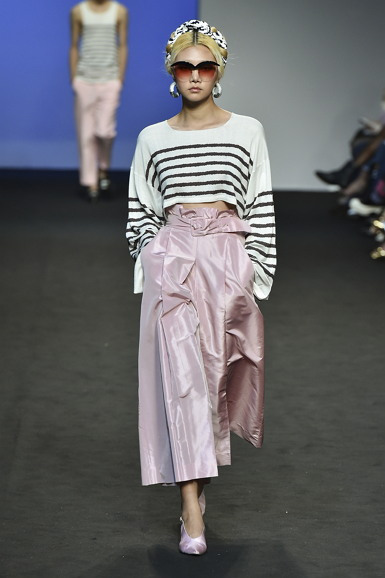 Steve J & Yoni P’s collection lived up to the hype, set on the theme “Modernistic Renaissance,” through prints based on ancient plants and statues used in the collection’s signature items, layered wrapped-skirts and skirt-inspired belts.

Low Classic, under the helm of designer Lee Myung-sin, continued its witty and classic design displaying a practical line, in tune with the collection’s theme “American Dream.” The models sauntered down the runway with short orange hair in unison, reminding of rusty-haired Mila Jovovich in the 1997 film “The Fifth Element.” 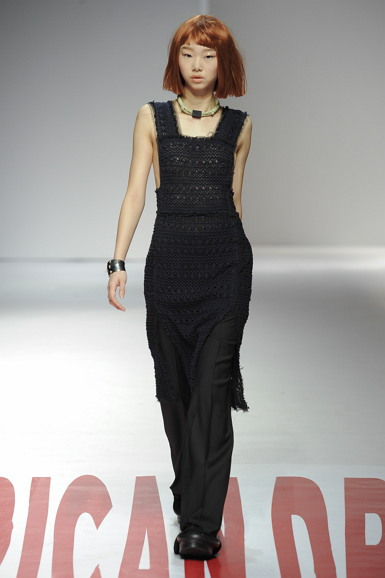 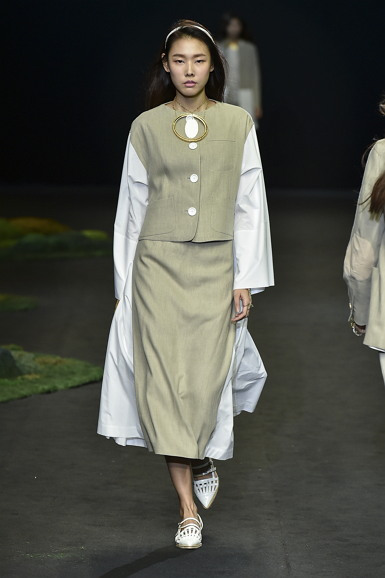 Designer Gee Choon-hee’s Miss Gee Collection marked the last day of fashion week. The collection was dominated by toned down achromatic colors with flashes of blue and yellow for emphasis, balanced with minimal clean-cut lines and simple silhouettes.

“This year’s Seoul collection was impressive,” Tony Lee added after the show. “A mix of fun and avant garde style can become a niche market for Korean designers.”