The three-member crossover band would love to connect with a larger audience, but has no intention of heeding to the public tastes in today’s music market.

Yet, it is this determination to pursue their own distinctive music that makes the obscure Korean indie group one of the hottest acts in the global music festival circuit.

“We were surprised at first. People over there (in Europe) knew our music already. And they seemed to like it quite a lot,” said Sim Eun-yong, who plays geomungo in the band, recalling their two-month tour of Europe this summer.

“We even spotted placards with our band name,” she said.

Blending gugak, Korea’s traditional music, and 21st-century avant-garde, Jambinai is carving out a niche in the global music scene.

From May to July, the band toured 14 countries in Europe, appearing in a handful of renowned music festivals including the Glastonbury Festival in England. It has also performed at South by Southwest in the United States and WOMEX Cardiff in Wales.

In comparison to the big waves of K-pop, what Jambinai is achieving may be a tiny ripple. But what’s noteworthy is that the band is winning recognition purely for their music, with word of mouth doing what costly marketing campaigns do for K-pop idols.

The band was formed in 2009 by three classmates Lee Il-woo, Kim Bo-mi and Sim at an after-party of their mutual acquaintance’s concert. 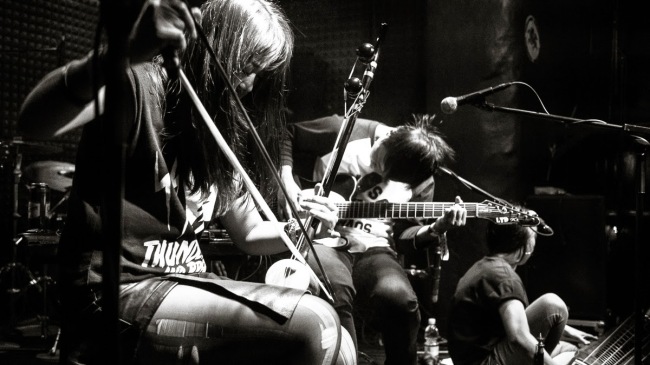 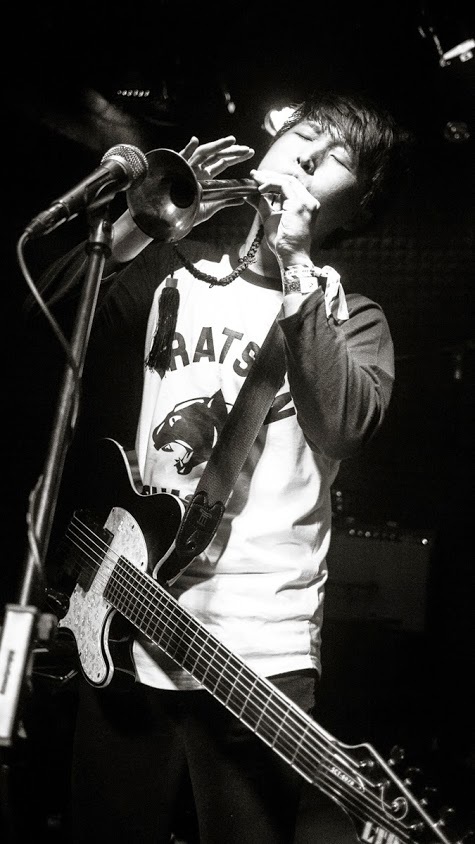 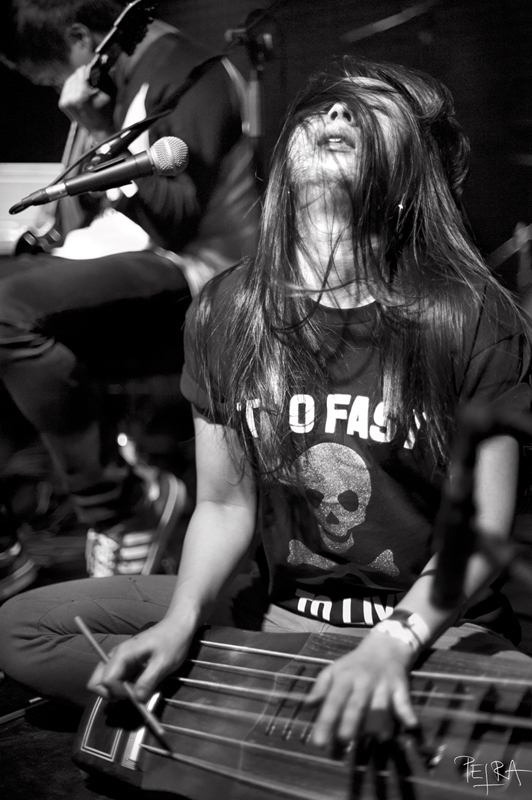 All three members of Korean crossover band Jambinai play traditional Korean instruments. From top: Kim Bo-mi, Lee Il-woo and Sim Eun-yong. (Jambinai)
“We’ve known each other for a long time,” said Lee, who is the band’s composer and also plays the reed instruments piri and taepyeongso.

“All of us are trained in gugak instruments and performed individually for some years. We had this growing thirst for music through which we can communicate with the people of our generation,” he said, explaining his frustration at the dwindling public interest in the traditional genre.

“We wanted to prove that with our instruments we can do contemporary music,” he said.

Jambinai released a three-track single in 2010 and its first full-length album, “Difference,” in 2012.

Kim, who plays the haegum, a two-stringed fiddle-like instrument, attributed much of the band’s success so far to social media and YouTube.

As musicians, they are lucky to play in this era of social media and YouTube, she said.

“A music video of ‘Time of Extinction’ is on YouTube. I think that really helped us get discovered,” she said.

The clip, posted in April 2012, received about 230,000 views, garnering rave reviews from listeners.

Lee said the most memorable performance for him so far was when they performed “The Time of Extinction” at the Roskilde Festival in Denmark.

“As soon as geomungo played the intro, the audience erupted into a roar, as if we were a famous rock band playing the guitar riff of a hit song,” he said. “It was a really memorable moment.”

Asked to define their music, the bandmates said in unison that they don’t confine themselves to a certain music genre.

“We have often been described as post-rock, so I tried to break that image by going for something more harsh, more intense and louder in our next album, slated to be out around March next year,” Lee said.

Now in their early 30s, the bandmates said they grew up listening to pop music just as people their age did, and cited the ’90s icons as Seo Taiji, H.O.T. and later on g.o.d.

Lee said rock bands like Nine Inch Nails also had a big influence on his band.

“Probably, the gugak instruments we are using are a key factor for deciding the color of our music. But we are not doing music to make gugak globally known. It’s just about us and our music,” he said.

Kim added: “If our fans in some parts of the world love our music and naturally want to know about gugak, that would be great.”