According to Merger Market, a global deal news provider, China’s takeovers of Korean companies reached 1.3 trillion won ($1.2 billion) in 2012, a sharp increase from 12 billion won in 2008.

“China’s outbound investments are expected to surge on the back of the nation’s latest policies favorable to overseas investments,” said Han Jae-jin, a research fellow at Hyundai Research Institute. 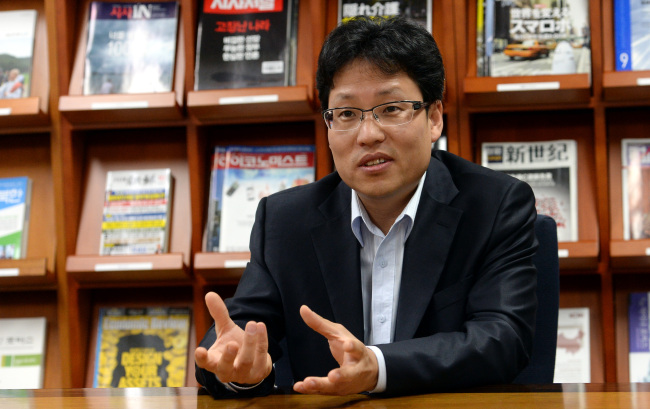 These investments trends are reflected in the flow of Chinese money into the local market. 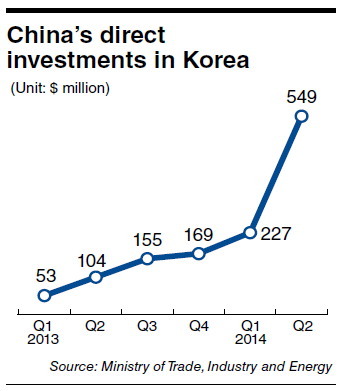 Chinese firms have particularly shown interest in Korea’s tech industries. Its biggest tech giant Tencent has already secured a 13 percent stake in Korea’s biggest mobile messenger service provider, KakaoTalk, and a 28 percent stake in CJ Games, a game unit of the conglomerate CJ Group. “Besides the tech sector, the appetite of Chinese investors has expanded into Korea’s lifestyle brands, along with rising demand for Korean consumer brands in China,’’ Han said.

The researcher was cautious about rising concerns over the flood of China money.

“This is a global trend that we cannot go against as foreign direct investment itself is beneficial for boosting the economy,” he said.

Rather, he raised concerns over the narrowing gap in competition between Korea and China in many sectors.

“The continued capability improvements of Chinese companies will lessen their reliance on Korea’s intermediate goods. If this trend continues, China’s economic recovery will no longer benefit Korea’s export companies and its economy,’’ he said.

He urged Korea to find its own way to survive and to make the next big leaps in advanced industries such areas as the high-tech sector.

“Otherwise, it will be a hard nut to crack for Korean companies with no competitiveness either in technology or price,” Han said.