[ The Korea Herald – Send E-mail ]
[Herald Interview] Doota to export fashion know-how
Shopping center provides consulting to overseas malls
By Korea Herald
Published : Oct 9, 2014 - 19:49
Updated : Oct 9, 2014 - 19:49
Doota, or Doosan Tower shopping center, has been taking a different approach to globalization. Instead of designers and their designs, it has decided to export its expertise in managing shopping malls.

Doota recently provided consulting to two Chinese shopping malls that are now in operation, and is in talks with others to provide similar services.

“We have decided that it would be risky to take everything abroad. So, instead of rushing to export our fashion hardware, we will be selling our software,” said Lee Seung-bum, CEO of Doota, in an interview with The Korea Herald. 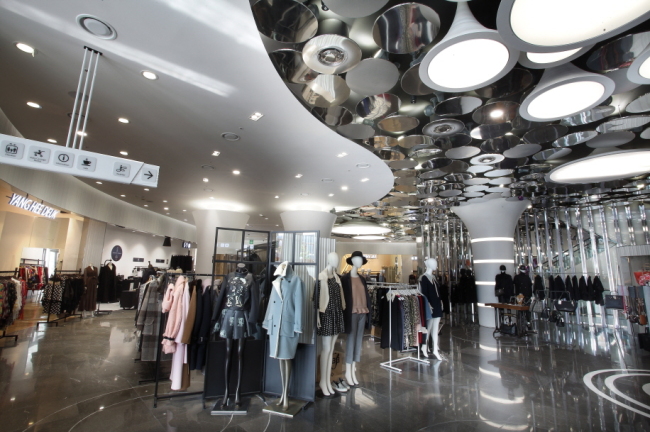 The interior of Doota shopping mall
“With almost two decades of running foreigner-frequented fashion malls, we can safely say we have the know-how to establish a customer-oriented shopping facility. So this is where we will start from,” Lee added.

Situated at the heart of budget shopping mecca of Dongdaemun in Seoul, Doota has recently undergone major renovation to catch up with the latest retail trends and to satisfy customers flocking from more than 30 different countries every month. In 2013, Doota saw more than 5 million foreign visitors.

From tax-refund services and multilingual shopping assistants to signboards in multiple languages, Doota has become more foreigner-friendly than ever, Lee noted.

“I want Doota to be able to accommodate all races, and I believe this to be a feasible plan that can fly on the back of the K-pop boom,” Lee said. 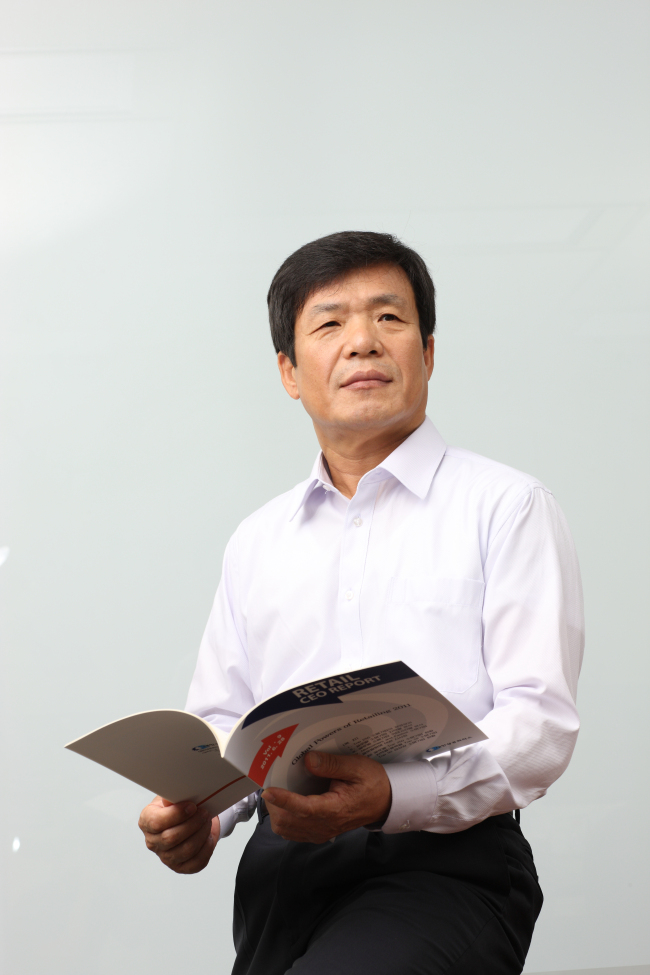 Doota CEO Lee Seung-bum
But in terms of fashion, the top executive is unwilling to compromise.

“I won’t encourage vendors to display clothes that are popular among only foreigners. Instead I ask them to display the latest and hottest in K-fashion, which is why people come to Doota,” he said.

At the shopping center, high-end garments coming straight from the fashion week runways are on the ground floor, while the second and third floors, as well as the basement, are filled with more casual and affordable garments.

Lee believes introducing the “it” designers, such as Vak Yun-jung and Hong Eun-ju, played a critical role in molding Doota’s global brand image.

“These savvy designers know how to balance edgy and experimental designs with commercial flank. We hope they can show foreigners as well as the younger generation what Korean fashion is all about,” Lee said.

Most of the CEO’s plans appeared to be bearing fruit already, as Doota has seen a 35 percent sales increase in the three weeks since its reopening compared to the same period in 2013.

For the past 16 years, the company has been holding the Doota Fashion Conference. The winners of the contest get to open shop in Doota. And following its latest renovation, the shopping mall has opened a section called “D Comma” that is dedicated to novice designers. Lee called D Comma his personal favorite at Doota.

“There are over 20,000 small fashion businesses in the Dongdaemun area, where Doota has its roots. We hope to help conserve the vibrant energy of this neighborhood,” the executive said.