As a former supervisor of studies at the Moscow Kremlin Museum for nearly 10 years and now the director of The State Historical Museum, Levykin is a firm believer that museums are gateways to both the past and the future.

“The human memory is the guarantor of preservation and development of personality,” he said. “The museum is a place where it is necessary to go periodically and discover something new every time.” 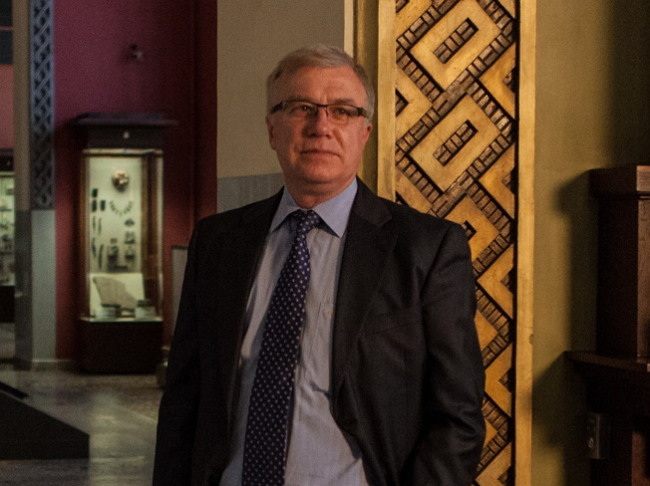 The museum director is one of the 16 cultural delegates who was invited to speak at this year’s Culture Communication Forum, hosted by the Corea Image Communication Institute. Levykin says that he was encouraged to partake in the program by one of his colleagues, who had previously participated as a CCF panelist in the past.

“It seemed interesting for me because it’s an opportunity to discuss very interesting problems about culture and the role of how culture fulfills life,” he said during an interview with The Korea Herald.

“Right now it’s a very discussable question in Russia ... how to live a new life, how to live in a new culture, how to live with a new population and to escape some of the old, traditional culture.”

In his first time in Korea, Levykin had the opportunity to visit a wide array of modern and historical destinations around Seoul including the Dongdaemun Design Plaza and Changdeokgung Palace, as well as engaging in the cultural side of Korea by learning traditional calligraphy and trying out the local cuisine.

“For me, it’s all interesting because I have never been to Korea,” he said. “The use of technology in the museum life here was just amazing.

“We also use technology in our museum, but here, it was just something different.”

Levykin said he intends to share his personal experiences and the educational knowledge he learned in Korea at a forum on museums and state powers in Yekaterinburg, Russia.