[ The Korea Herald – Send E-mail ]
[Herald Interview] Gyeonggi a test bed for coalition politics
Provincial Assembly speaker vows to mediate between governor, council
By Korea Herald
Published : Aug 26, 2014 - 21:07
Updated : Aug 26, 2014 - 21:09
Gyeonggi Province, the largest local jurisdiction in South Korea, has recently become a test bed for a political coalition between the ruling Saenuri Party and the main opposition New Politics Alliance for Democracy. This rather radical idea came from Gyeonggi’s new governor Nam Kyung-pil, a former ruling Saenuri lawmaker, as he is seeking cooperation from the provincial council, which is dominated by opposition members. To promote bipartisanship and cooperation, Nam announced that he would form a coalition government and vowed to name an opposition party member as vice governor.

For the coalition politics to succeed, Gyeonggi Assembly Speaker Kang Deuk-gu believes that both the administrative and legislative bodies of Gyeonggi Province should build “mutual communication and trust” and hold the shared goal of making the region a better place to live. Kang also said that he would become a mediator in future conflicts between the provincial government and municipal council.

The following is from a recent interview with Kang.

The Korea Herald: How do you feel about taking over as speaker of the provincial council?

Kang: I feel that taking the position is a great responsibility. I will do my best to give hope to the people. I will try to deliver as well as possible what we pursue through our value “Human-Centered, People-Centered,” endeavoring to find practical ways to support Gyeonggi residents’ social welfare and (the) economy. 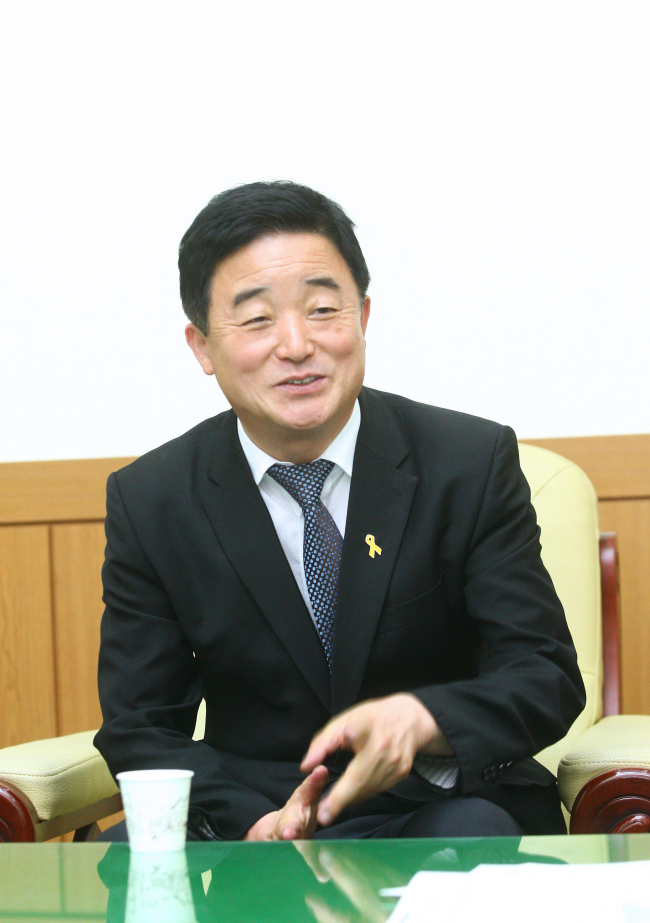 Kang Deuk-gu
KH: How would you participate in a coalition government?

Kang: Gov. Nam first offered a vice-governor position to the main opposition party (New Politics Alliance for Democracy) and the NPAD responded with a request for policy negotiations. After several discussions, we announced a negotiated policy agreement regarding 20 policies of the Gyeonggi coalition government on Aug 5.

We managed to negotiate the big picture, yet we will need to get into the details as we continue the discussions.

For example, we all agree upon the necessity of introducing a confirmation hearing, but still need to consider the size, format and details on how we will proceed with it. Through a thorough discussion with both parties and the provincial government, we will try our best to determine the benefits of a confirmation hearing.

It will be a tough process, but based on mutual communication and trust, we will create an innovative local government system.

KH: What kind of leadership are you willing to exercise?

Kang: In Gyeonggi Province change and innovation is at stake. Of course, there will continue to be pain and conflict, but we will grow through this opportunity. I believe the speaker of the Provincial Council should work as a mediator when it comes to conflicts between the two parties, the provincial government and the assembly.

In that context, I promise to become a mediator of communication.

Not only that, I will support all the lawmakers in their efforts and actively participate in their legislative activities. I will give hope to Gyeonggi residents and show my leadership through communication, mediation and support.

KH: What would be a solution to Gyeonggi Province’s economic crisis?

Kang: There are external and internal factors to it. The current national tax and local tax are at a proportion of 8:2, which I argue needs to be changed. I will cooperate with other local governments so we can reform the tax system to raise the proportion up to 7:3 or even 6:4. Internally, I will reduce unnecessary budget items to secure a balanced budget with the help of the executive branch.