“Chris Brown’s song ‘Valentine’ will be the last track on JYJ’s second full album ‘Just Us’,” the agency said. “The recording was done in a studio in Los Angeles.” 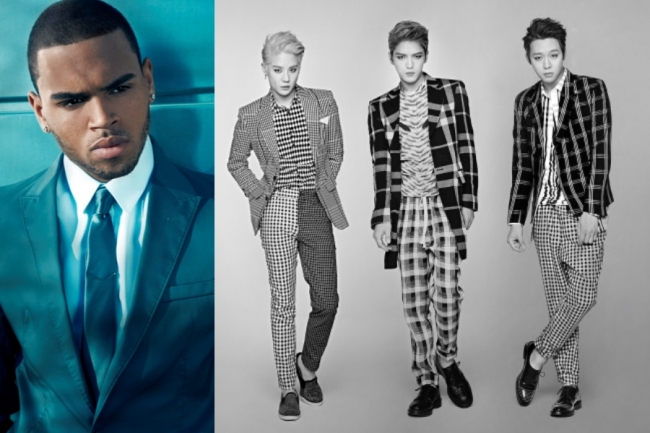 Chris Brown (Sony Music Korea) and JYJ (C-JeS Ent.)
“The song is armed with an addictive melody and sexy lyrics, which will maximize the charm of JYJ’s vocals,” the agency added.

Grammy Award-winning producer Lonny Bereal coproduced the song with Chris Brown. Bereal showed great satisfaction in working with the JYJ members, saying, “To the extent that I wouldn‘t be sure if any other artist besides JYJ pull off this song, an outstanding outcome has come about.”

JYJ’s new album will be released on music sites on July 29.