“When the company set a goal of going global in the mid-2000s, what we needed the most was to develop a global brand to draw the attention of global consumers,” said Kim Chul-ha, CEO of CJ CheilJedang, a flagship affiliate of CJ Group.

The food giant unveiled the Bibigo brand in 2010, declaring its new mission to promote the taste of Korea to the world.

Under the brand of Bibigo, the company has developed a variety of Korean food products ranging from kimchi to dumplings, targeting health-conscious global consumers. At the same time, CJ has invested in securing global retail channels like Tesco in the U.K. in an effort to build brand recognition in a short period of time. 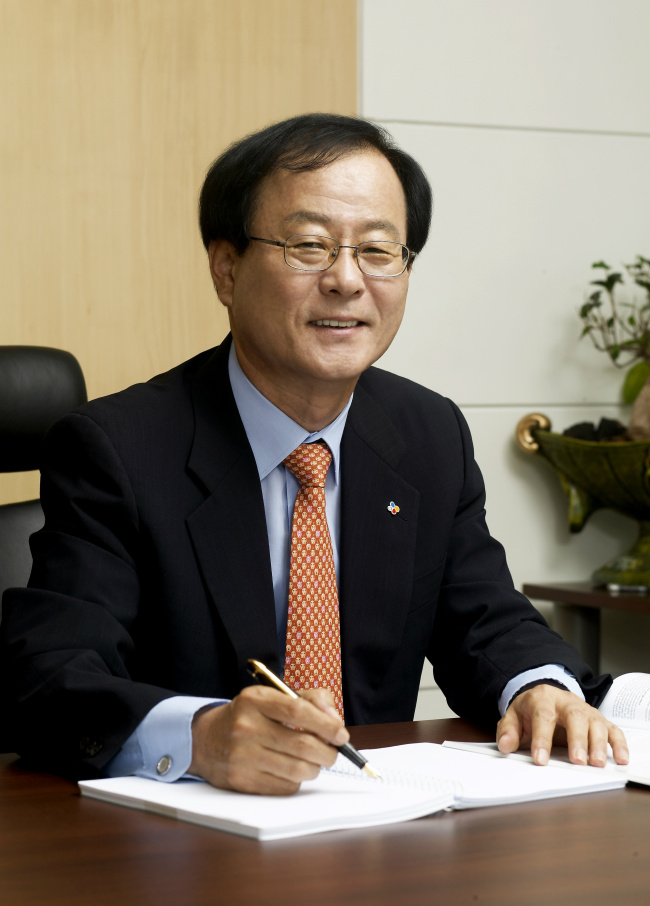 Kim Chul-ha
“We found it quite effective to promote Korean foods through brand marketing. With the Bibigo brand, we are promoting healthy, traditional Korean foods,’’ Kim said.

Dumplings, for instance, are one of the most popular Bibigo food products overseas. Consumers said that they prefer Bibigo’s frozen dumplings mostly because of the healthy ingredients, but also because they are so easy to serve. Pan-fried or steamed, Bibigo dumplings can be served on a plate after five minutes in the microwave.

“The popularity of Bibigo dumplings is rising in the U.S. market. Their sales in the U.S. reached 80 billion won ($79 million) last year, which exceeded the sales of the dumplings in our home market,’’ Kim said. In an effort to meet rising demand for Korean dumplings in the U.S., the company will make additional facility investments in the suburbs of Los Angeles this year. 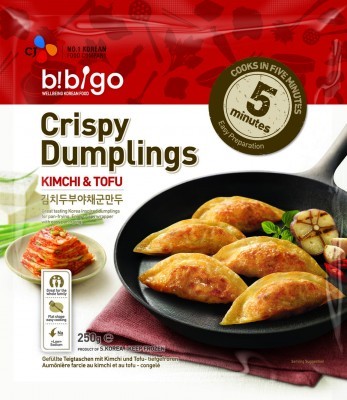 Bibigo dumpling
“We picked dumplings as a key product to tap overseas markets since a number of countries in the world have similar cuisines,’’ Kim said.

“One of the biggest challenges that lays ahead for the globalization of Korean foods is their lack of recognition. With few exceptions, most Korean dishes are still something new to global consumers.’’

The rising popularity of Korean culture across the world, dubbed the Korean wave, has made it much easier to promote Korean tastes internationally.

“The company has sought ways to link the Korean wave to the promotion of Korean foods,’’ Kim said, adding that it will develop a more diversified food promotion campaign by joining hands with Korean movie stars and singers.

“We set the goal of achieving 8 trillion won in global sales of food products by 2020, which is more than double the 3.8 trillion won last year,’’ the chief executive said.