[ The Korea Herald – Send E-mail ]
[Herald Interview] Funnyman gets serious
Actor Lee Kwang-soo talks about his recent role in film ‘Confession’ and his views on friendship and life
By Korea Herald
Published : Jun 30, 2014 - 19:23
Updated : Jun 30, 2014 - 20:18
When people talk about Lee Kwang-soo, they usually describe him with a smirk on their face. He is tall, skinny and very funny.

He is best known for his role on TV entertainment show “Running Man,” which earned him various nicknames: “Giraffe” for his 190 cm height, “Prince of Asia” for his mysterious popularity in Asia ― he says he doesn’t understand why ― and “Icon of Betrayal” for his sneaky habit of betraying his teammates to survive.

But little has been shown of what lies beneath the showbiz veneer: a serious, quiet and thoughtful 30-year-old man loyal to his friends.

His first lead movie role, in Lee Do-yoon’s “Confession,” could give him a chance to show his deeper side.

“When I first read the script, it hit me hard,” said Lee during an interview with The Korea Herald on Friday. 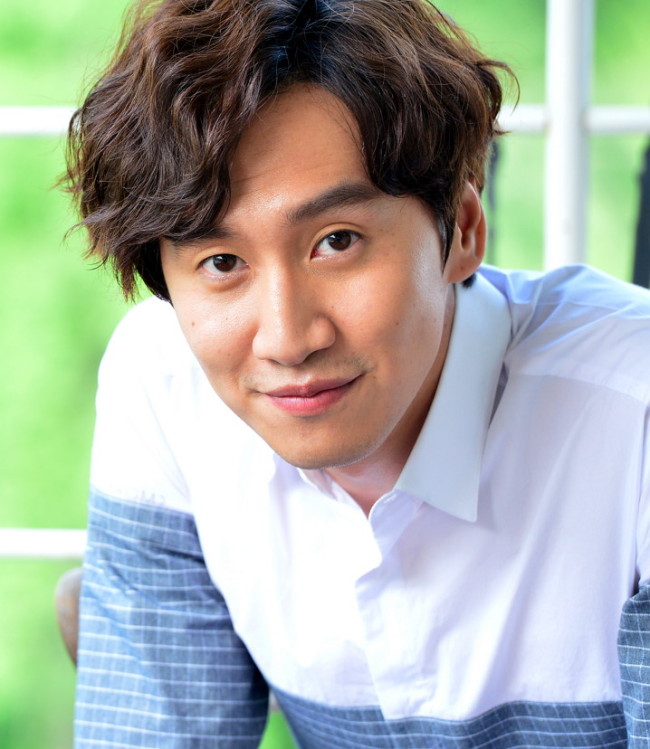 Actor Lee Kwang-soo poses for a photo during an interview with The Korea Herald in Samcheong-dong, Seoul, Friday. (Yoon Byung-chan/The Korea Herald)
“The story and the character resonated with me for a while and I could really sympathize with Min-soo. He is a rare character who experiences heaven and hell throughout the movie. I wanted to convey what I felt about him to the audience.”

“Confession” is about friendship, as suggested by the Korean title, which literally means “Good Friends.” Min-soo, Hyun-tae (Ji Sung) and In-chul (Ju Ji-hoon) have been close friends for 20 years. All of sudden, however, they come across an unexpected accident and begin to doubt their friendship and loyalty to one another.

“Director Lee wrote a personal letter to us all about our roles before we got started. He described what he thinks of Min-soo and how he wants me to portray him. It helped me to understand Min-soo’s circumstances and character. Min-soo is not a fool. He does have an unfortunate childhood, growing up without his parents. But he is just a naive and good-hearted man who wants everyone to be happy.

“I am like that too, I want everyone around me to be happy,” Lee said.

“When I read the script, I found myself to be similar to Min-soo in many ways. He makes a radical choice, but he does so only because he thinks it would lead to happiness for his friends. He knows nothing better.”

Lee thinks that the three type of friends in the movie can be easily observed in real life.

“There are assertive friends, quiet friends and funny friends,” he said.

“When I hang out with friends, I don’t have too many opinions. I enjoy taking care of my friends, especially detailed care. Also, I try my best to be loyal no matter what.”

People around him were concerned at first when he accepted the serious role of Min-soo. Even Ji Sung said at the movie press conference last week that he had worried a little if Lee could do his role well because of his deep-seated stereotype of Gwang-soo as a funny person.

“I’m not trying to change who I am,” Lee said. “I have been part of ‘Running Man’ since 2010 and it has already become a large part of me, just like a family. I don’t want to change that, nor find the need to do so.”

He is aware that many people see him as an entertainer rather than an actor, but he enjoys being both.

“I used to think a lot about my fixed image and worried if I would disappoint people,” he said.

“But as time went on, I came to realize that both being funny and serious is who I am. I wasn’t trying to be someone else when I was on ‘Running Man,’ nor when I was filming this movie. I think the key is to be truthful to each situation.

“I am sure that as I build up my acting career, I will be able to find what I am really good at.”

Lee debuted as a model in high school. After that, he was part of a theater troupe and worked as an advertising model, then appeared in two sitcoms, including the wildly popular “High Kick through the Roof.”

He played supporting roles in the romantic comedy films “Wonderful Radio” and “All About My Wife” and also starred in the TV drama “The Innocent Man.”

“I want to keep playing diverse roles. Maybe for the next film or drama, it would be very interesting to play a bad guy because I have never played that role. And plus, I can’t live like that in real life.”

“Ha Jung-woo’s character in ‘The Chaser’ is the kind of role I want to try,” he said