[ The Korea Herald – Send E-mail ]
Ikea hopes to fit in
Top Swedish furniture outlet betting on quality and affordability to attract Korean customers
By Korea Herald
Published : Jun 17, 2014 - 21:02
Updated : Jun 17, 2014 - 21:03
ALMHULT, Sweden ― At the Ikea outlet in the southern Swedish town of Almhult, Elin Stiona, a 30-year-old mother of one, was looking for kitchen tiles and a range hood for her summer house. From cupboards to white tiles and serviettes, the set was filled with colorful items offered by the furniture giant from among the 10,000 articles they display on store shelves.

Stiona visits the store up to five times a month. “About 50-60 percent of the things that I bought when I got married were from Ikea,” she said. 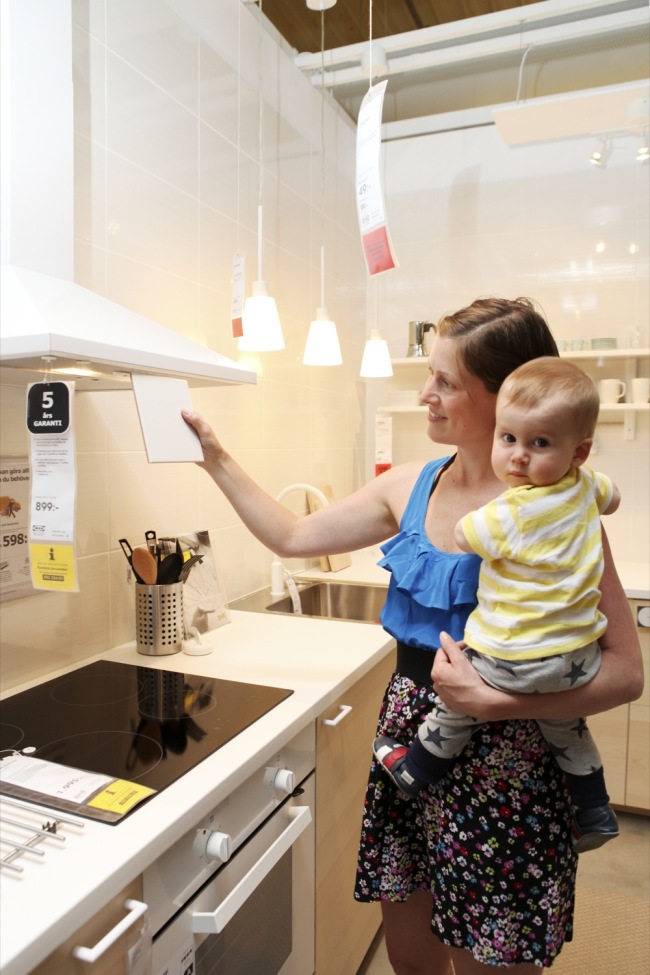 Elin Stiona, an Ikea customer, looks over a cupboard at an Ikea outlet in Almhult, Sweden. (Ikea Korea)
Stiona was only one of the many customers who have made a total of 775 million visits to worldwide Ikea stores ― there are up to 345 of them ― every year. The ready-to-assemble furniture retailer, famous for its signature flat-pack form, has posted 29.2 billion euros ($39.6 billion) in sales and its operating profit is assumed to reach 16-17 percent.

The Almhult outlet also offers an idea of what Ikea’s first store in Korea will look like. The store is scheduled to open later this year in Gwangmyeong, Gyeonggi Province. 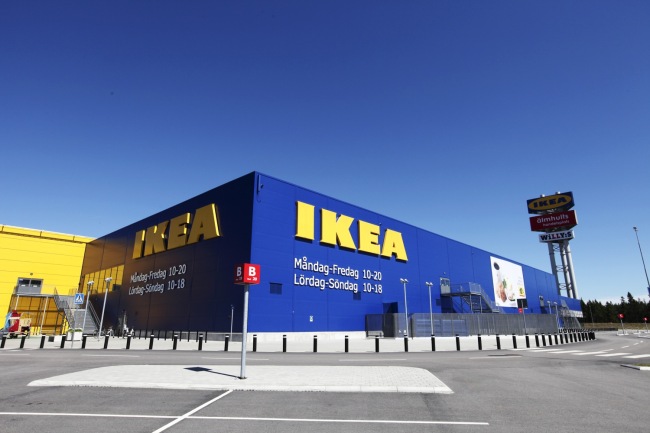 An Ikea outlet in Almhult, Sweden. (Ikea Korea)
“According to our market report, Ikea brand awareness among Korean target customers was 74 percent, higher than any other country without Ikea. Families with kids would enjoy wholesome leisure in Korea,” said Ulf Smedberg, market director of Ikea Korea. The company plans to open a total of five outlets here by 2020.

The Ikea store in Almhult displays perfect catalogue-like rooms that offer customers a glimpse of how the Ikea designs would look in their own homes. They then move onto miscellaneous furniture and household items to make their purchases, and finally pick up what they have picked out, all neatly wrapped, before hitting the check out line.

Paying is also not so painful since one of the most attractive aspects about Ikea is its affordability.

Furthermore, when the visitors get hungry, there is no need to step outside, for they can enjoy a quick and reasonably priced meal consisting of casual but filling dishes such as meat balls and salmon salads at the restaurant within the store.

But it remains to be seen whether do-it-yourself furniture will take off in Korea, where the working hours far exceed those in Sweden.

Most of all, the question remains as to whether Ikea will find a niche somewhere between Daiso, Korea’s equivalent of “100 yen shops,” and the popular local furniture brands such as Hanssem.

“We are hoping our delivery and assembly service will relieve men of the stress of having to fix the furniture themselves ― the demand is growing in Sweden and other countries, too. We are considering mixing Korean factors to our Scandinavian menu, and are in the process of having tailored items for Korea, including metal chopsticks,” Smedberg said.

“We are taking the business in the long term. We are positive that the results will be good,” he said.