“I can reassure you that GM is here to stay,” Rocha said on Thursday on the sidelines of the Busan International Motor Show, holding up his right hand as if he was making an oath, during his interview with The Korea Herald.

He was addressing concerns that the recent recall orders issued on GM autos manufactured in South Korea may facilitate a pullout by the U.S. carmaker. 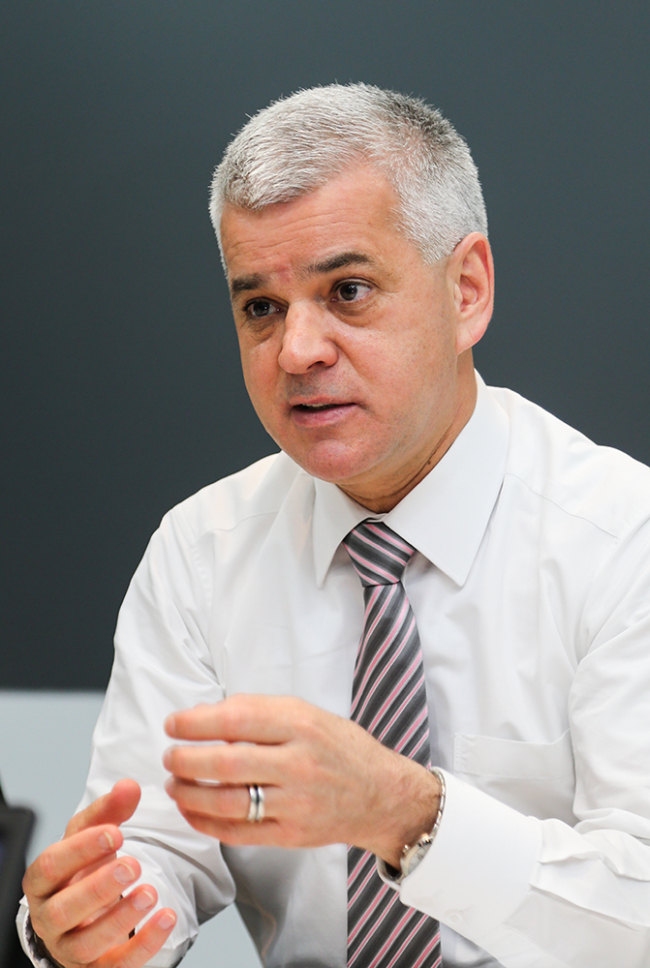 Sergio Rocha (GM Korea)
Rocha stressed that on the contrary, GM would become stronger and more prepared to shoulder larger responsibility regarding manufacturing and sales.

This year, GM recalled a total of 18.6 million cars. Some 40,000 units of cars produced in the Gunsan and Bupyeong plants here since 2004 were included on the recall list.

While conceding that times were tough for GM, the CEO remained upbeat about the carmaker’s future prospects.

“Our CEO (Mary Barra) has publicly apologized for the mistakes that we have made. We are now cleaning house, and if anything that we have left out is found as a problem for the customers, we will fix it right now. This is why we are seeing all those recalls going up,” he said. “But you know what? In the end we will satisfy the customers, and we will get even more enthusiastic with our brands because we are responsible.”

Rocha added, “We will come back much stronger and much more prepared, make sure that we will make products that have no problems.”

He also spoke of cooperation efforts with other companies, announcing that LG Chem will be supplying batteries for the Spark EV 2015 models for both the local and export markets.

“This shows that we are committed to the country,” he said.

As for future strategies in South Korea, the top executive said GM would focus on expanding the luxury brand Cadillac.

GM will be unveiling its new Cadillac CTS and concept car ― the Cadillac Elmiraj ― at this week’s motor show.

“The luxury car market in Korea has increased by 50 percent and we are confident that the customers will love our car,” Rocha said.