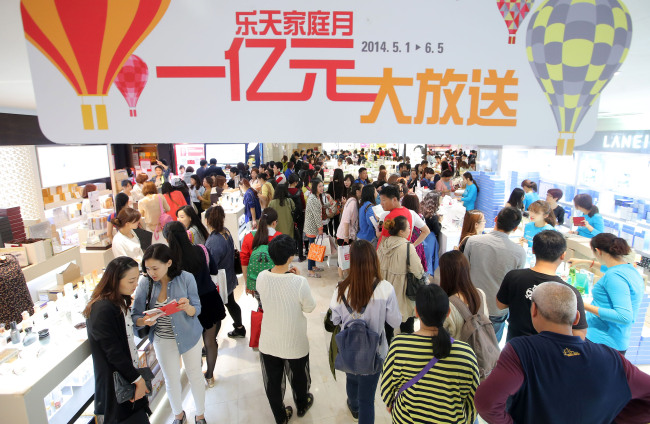 According to data from Statistics Korea on Friday, the nation’s cosmetics exports hit a record high of $1.04 billion last year.

The figure was a sixfold increase from $173 million back in 2004. In the first quarter of this year alone, beauty products worth $288 million were exported, up 24.8 percent from a year ago. 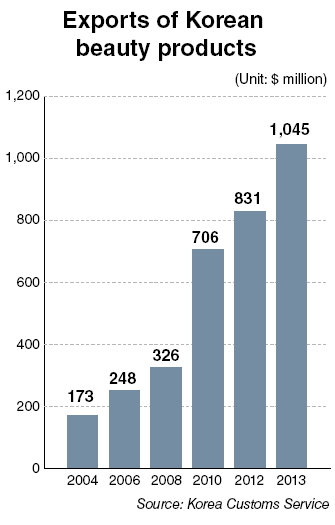 The number of export destinations also soared from 87 to 129 over the past 10 years.

In reflection of the K-pop boom in Asia, 25 percent of Korean-made beauty products were exported to China, followed by Hong Kong (19 percent) and Japan (12 percent). The top 10 markets also included the United States and Russia.

“Considering the cosmetics industry is a value-added business, their robust exports should send off a positive signal to our economy as a whole,” said a Statistics Korea official.

The surging exports are also offering a chance for local companies such as AmorePacific and LG Household & Care to expand their presence globally.

Its overseas sales, in particular, jumped 49.7 percent to reach 192.3 billion won, with Chinese earnings showing a stunning 50 percent growth. The company hopes to continue the recent sales momentum as it will complete a new production plant in Shanghai around June.

In Japan, one of the most advanced beauty markets globally, LG Household & Care, the nation’s No. 2 player, is a big name.

Of its overseas sales, worth 600 billion won last year, some 400 billion came from Japan. The LG Group affiliate is also known to be considering acquiring U.S.-based cosmetics company Elizabeth Arden as part of its global expansion plan.