“Koreans’ interest in dance was never this high before,” said Jang Seung-heon, a longtime dance producer and general director of Dancers’ Career Development Center. He cited “Dancing 9,” Mnet’s dance audition program that aired last year, as one indicator of the newfound interest. 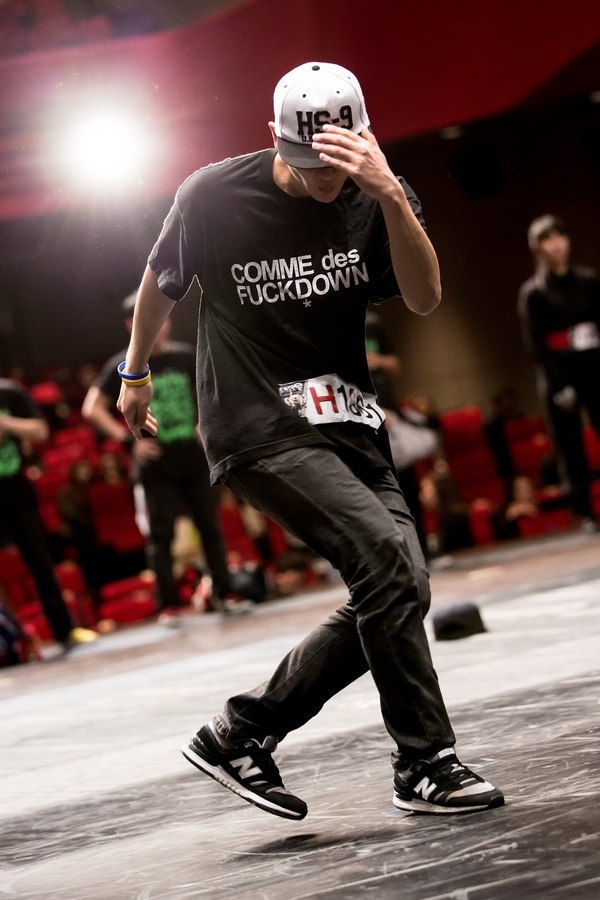 A dancer auditions for season 2 of Mnet’s reality dance competition “Dancing 9,” to be aired in June. (CJ E&M)
The show, featuring dancers of all genres, from street and ballroom to Korean traditional dance, was a surprise hit, catapulting many on the show to instant stardom. Tickets for a performance by the show’s winners sold out in just 10 minutes after going on sale. The show is to return for a second season on June 13.

“Dance is such an attractive item,” said Kim Yong-beom, chief producer of the program and the man behind one of the first and most successful reality audition programs “Survival Audition K-Pop Star.”

“Combined with music, it carries a very powerful message beyond the limits of language.”

There are many other signs that underscore dance’s popularity in the media.

The Korean version of American celebrity dancing competition “Dancing with the Stars” ran in Korea for three seasons from 2011 to 2013. 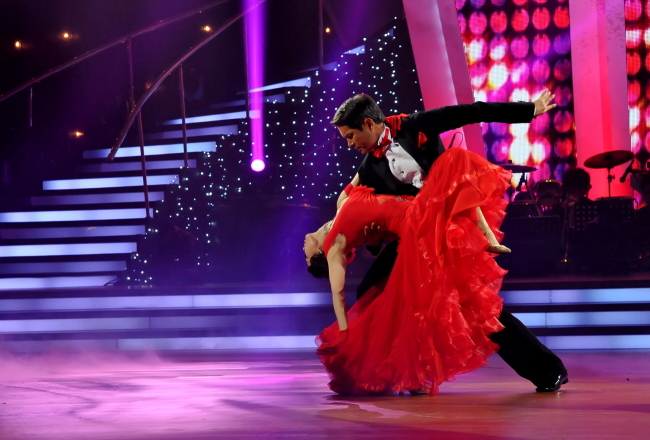 A scene from season three of “Dancing with the Stars,” which aired on MBC last year. The show pairs celebrities with professional dance partners to compete in a weekly contest. (MBC)
Psy’s horse-riding choreography became a global sensation last year. K-pop groups are mesmerizing legions of fans around the world with powerful and highly synchronized dance moves.

Koreans have always loved dancing. Many historical drawings and books record this. In fact, less than a hundred years ago, there were over 300 dances here, experts say.

It was only during the period of breakneck modernization and urbanization that people forgot the joy of dancing.

Traditions may have been lost, but Koreans are dancing once again, mostly in Western or modern styles, as a hobby, sport or means of artistic expression.

“Men nowadays seek dancing as a lifelong hobby as much as women do, as a fun reliever of stress, workout, and socializing activity,” said Jeio Jae-hee Jin, a salsa instructor at Salsoul Dance School in Gangnam, Seoul.

Ballet, once considered highbrow, is one contributor to, and beneficiary of, this dance craze.

The average attendance of the National Ballet Company’s performances soared past 90 percent in 2013, from 67 percent in 2008. Well-known performances like “Swan Lake,” “The Nutcracker” and “Don Quixote” sold out well in advance.

Ballet classes are offered at almost every kindergarten in Korea, while classes for adults are booming among those who want ballerina or ballerino bodies.