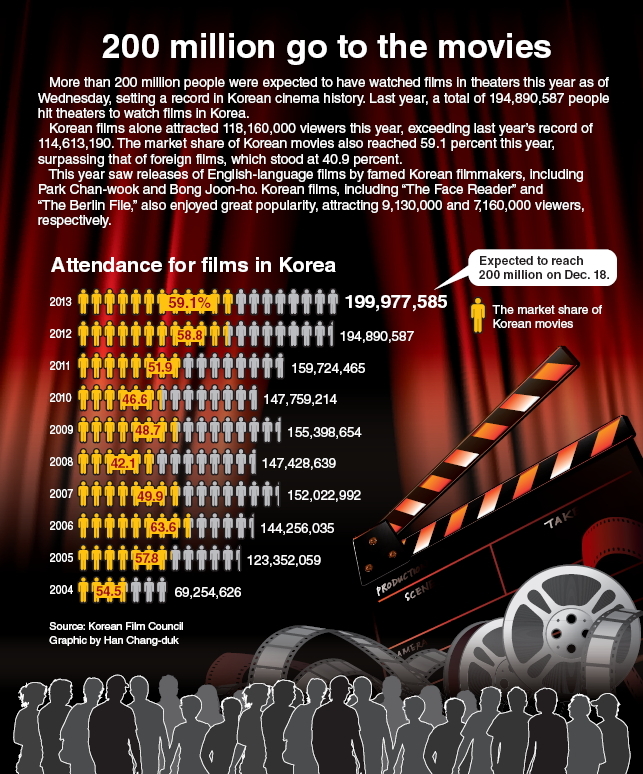 More than 200 million people were expected to have watched films in theaters this year as of Wednesday, setting a record in Korean cinema history. Last year, a total of 194,890,587 people hit theaters to watch films in Korea.