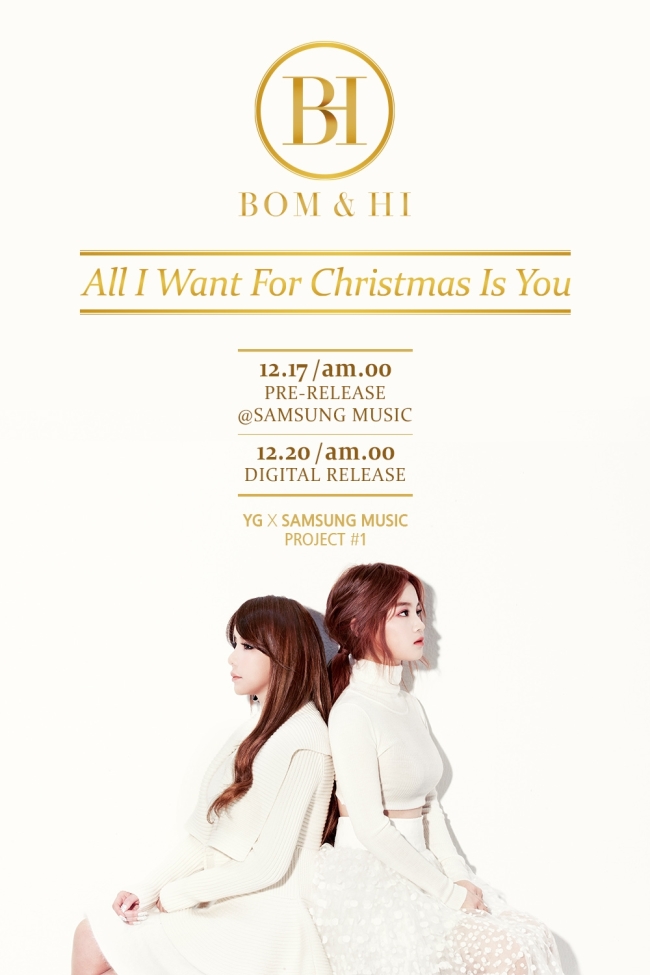 The duo unit dubbed “BOM&HI” is releasing the digital single as the first of a series of collaborative projects titled “YG x SAMSUNG MUSIC.” The Christmas track was pre-released at midnight Tuesday on Samsung Music and will be officially released to other local digital music sites on Friday.

“Although it is a very famous song, I think people will still enjoy our new arrangement,” said Lee in an official statement released by YG on Tuesday.

As part of the collaborative project with YG Entertainment, “Samsung Music,” which first launched its services in May 2012, will have exclusive rights to all the singles for the first three days, before it is distributed elsewhere digitally.

The second track in the Samsung music collaborative project will feature Taeyang of Big Bang, according to YG officials.