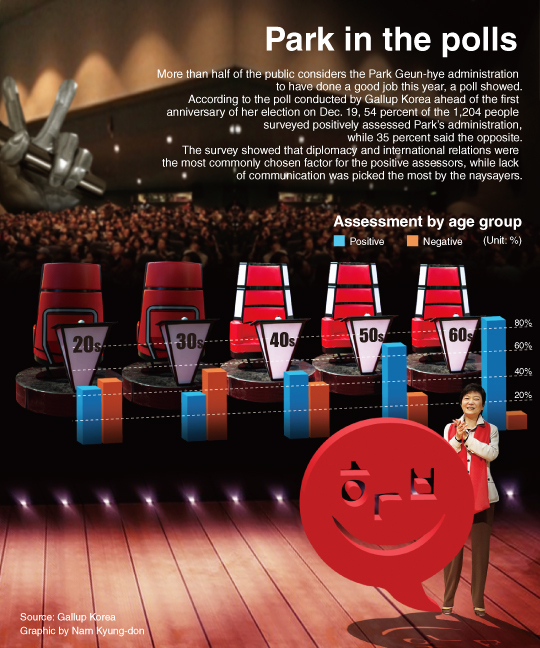 More than half of the public considers the Park Geun-hye administration to have done a good job this year, a poll showed.

According to the poll conducted by Gallup Korea ahead of the first anniversary of her election on Dec. 19, 54 percent of the 1,204 people surveyed positively assessed Park’s administration, while 35 percent said the opposite.

The survey showed that diplomacy and international relations were the most commonly chosen factor for the positive assessments, while lack of communication was picked the most by the naysayers.